Patients who took Accutane acne medication and believe they have suffered Accutane side effects still have time to contact an attorney. Tad Draper, attorney at The Law Office of Tad D. Draper, says patients have a two-year window of opportunity between taking the acne medication and linking it to their symptoms. 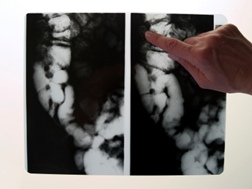 "I think the number one thing for people to know is that they may be suffering Accutane-related injuries but doctors might not have made that connection," Draper says. "The doctors might know the injuries—they might know the ulcerative colitis, inflammatory bowel disease or Crohn's disease—but didn't think to ask patients if they took Accutane. Patients may have had these problems for years but not made the link between Accutane and their problems."


"You don't see in patient medical records, 'Patient took Accutane and developed Crohn's disease.' People generally don't make that link until someone asks, 'Did you take Accutane?' Then the light bulb comes on"
Draper says there are two important questions patients must ask: "Do I have these health problems (ulcerative colitis, inflammatory bowel disease or Crohn's disease)"? and "Have I ever taken Accutane?" If the patient answers yes to both, he or she might be eligible to file a lawsuit against the maker of Accutane.

Draper says patients should not expect a doctor to make the link between Accutane and the onset of side effects.

"You don't see in patient medical records, 'Patient took Accutane and developed Crohn's disease,'" Draper says. "People generally don't make that link until someone asks, 'Did you take Accutane?' Then the light bulb comes on. There are people who have suffered for a decade who do not know that Accutane may have caused it.

"There are still a lot of people who were injured by Accutane and need to be contacted and informed of their rights. They need to be told what their options are for dealing with a lifetime problem. A lot of these people are virtually tethered to the toilet their whole life."

It is not enough, however, for patients to think they have problems similar to ulcerative colitis, inflammatory bowel disease or Crohn's disease. Patients must be diagnosed by a doctor. Those who think they have suffered side effects from taking Accutane should speak with a doctor to determine if a diagnosis is warranted.

"Accutane was designed for people with serious forms of acne," Draper says. "But it was over-prescribed. A lot of people should never have taken it, but did. Years later, they're developing health problems."

For patients who are just discovering they may have been affected by Accutane, there is still time to file a lawsuit.

"There have been seven verdicts so far; all have been positive and all have been large [although one was overturned on appeal]," Draper says. "I don't see that there should be any change to that in the future."