While Accutane is no longer actively marketed in the US following its revocation by manufacturer Roche Holding AG a few years ago Accutane, associated with Accutane Ulcerative Colitis, IS still available. That little tidbit comes courtesy of a news release announcing action by the US Food and Drug Administration (FDA) and its efforts to crack down on the literally thousands of Internet-based online pharmacies from which consumers can obtain drugs no longer available through regulated channels. 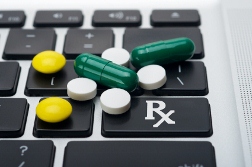 According to US Official News (10/8/12), Isotretinoin (Accutane) capsules remain available through generic manufacturers, but only through restricted distribution. What that distribution is, was not identified.

However, Accutane—a drug designed primarily to treat severe nodular acne but having several other uses—carries a basket of significant side effects. The more common side effects are relatively minor but irritating nonetheless. The more serious side effects include Accutane Crohns Disease, a gastrointestinal condition that can negatively impact an individual indefinitely.

Many an Accutane lawsuit was born from Accutane inflammatory bowel disease (Accutane IBD), whereby Accutane consumers prescribed Isotretinoin to treat severe acne had no knowledge of the potential for grievous side effects.

Those side effects can also include the risk for severe birth defects in newborns when Accutane is used in association with a pregnancy.

Such a risk is the basis for concern in the western-most province of Canada where isotretinoin is still available, according to the Nanaimo Daily News (9/29/12). Given that facial acne is a common scourge of adolescents, it has been reported that several thousand teenagers in British Columbia continue to use Accutane for problem acne. Physicians have been encouraged to warn their adolescent patients about the danger of Accutane birth defects before prescribing Accutane to any patients who could become pregnant.

The concern in British Columbia has been heightened by the sudden elimination of funding heretofore used to study, amongst other issues, the potential for an upsurge in birth defects amongst teen mothers who were users of Accutane. Five drug researchers looking into the issue were relieved of their duties by the BC health minister in an apparent cost-cutting move.

And concern over the Accutane medication is not confined to North America. According to the Irish Examiner (8/6/12), Jason O'Sullivan took Accutane for only nine days in 1998 for a skin condition, but stopped taking the drug after his face and head swelled and he experienced headaches, together with muscle and joint pain.

To this day, O'Sullivan is dogged by chronic fatigue and other Accutane effects he blames on Isotretinoin. Fourteen years later he is still unable to work as a heavy machinery operator since taking Accutane for less than two weeks in 1998.

More ACCUTANE IBD News
The Irish Examiner notes that Accutane was pulled from the market in the US and 11 other countries by Switzerland-based Roche Holding AG in an effort to mitigate losses stemming from Accutane class action and other lawsuits alleging Accutane Ulcerative Colitis. Roche also said it took the action after a re-evaluation of its product lines and concern over significant market challenges from emerging generic competitors. However, the manufacturer maintains the removal of the Accutane drug from the market was not due to safety concerns.

Roche, in fact, continues to defend the safety and efficacy of Accutane. And while common problems associated with Accutane remain anemia, headache and dry mouth, those with the more rare and equally more debilitating Accutane Crohns Disease beg to differ through their Accutane attorneys.