Kamie Kendall was besieged with Accutane Ulcerative Colitis. Only she didn't draw the potential connection to Accutane right away. Nonetheless, the acne medication that is no longer marketed in the US by Hoffman-LaRoche (Roche) has been linked to Accutane inflammatory bowel disease. 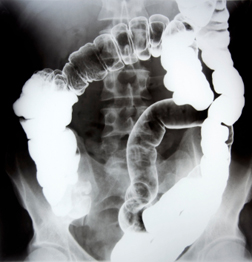 Kendall was first prescribed the acne medication in January 1997 when she was 12 years of age. Through four cycles of the Accutane drug over two years, Kendall was reported not to have experienced any gastrointestinal reactions beyond a basket of other side effects that accompany Accutane.

However, six months following her last treatment with Accutane in 1998, Kendall began presenting with bloody diarrhea and was subsequently diagnosed with Accutane Ulcerative Colitis on April 14, 1999. But again—Kendall alleges she was not aware of the link to Accutane at the time, and she would be cleared by her gastroenterologist for yet another cycle of Accutane commencing December 2000, following the return of acne symptoms.

Following a sixth cycle of Accutane from August 2003 through January 2004, Kendall experienced yet another bout with diarrhea and began to suspect that Accutane might have been the source for her Accutane IBD.

According to a summary of Kendall's lawsuit as part of a decision by the New Jersey Supreme Court handed down February 28, Kendall claims she did not suspect Accutane as the source for her IBD prior to January 2004. While Accutane was dispensed with warnings regarding the potential for Accutane IBD on patient literature, and Roche had circulated "Dear Doctor" letters to the medical community in that regard, Kendall's Accutane lawsuit claimed her dermatologist was not aware of the link and did not communicate the risk to Kendall.

More ACCUTANE IBD News
During trial, Roche moved for summary judgment on grounds citing an expired window under the statute of limitations. The jury ruling, however, favored the plaintiff with the trial court finding that Kendall's claim was not time-barred.

After an initial appeal failed, Roche appealed its case to the New Jersey Supreme Court. In a 5-1 decision, The Court affirmed the lower court ruling and found for the plaintiff, noting that warnings with regard to the Accutane medication were not articulated to the plaintiff by her medical practitioners prior to January 2004—and any existing warnings on patient literature provided by the defendant were insufficient for Kendall to doubt her physicians.

The Accutane lawsuit summary was reported in Lexology (2/29/12) under the auspices of the Association of Corporate Counsel.