Jury Still Out on Accutane?

Although Accutane is banned in the US - Roche removed its acne drug from the market in 2009 after settling millions of dollars in damages to Accutane inflammatory bowel claimants - it is still available in many other countries. Prompted by a number of suicides, the UK may also ban the drug after the government reviews its risks and benefits. 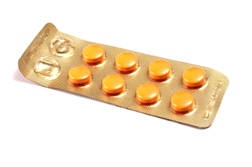 (Isotretinoin, which is a synthetic retinoid and a form of vitamin A, goes by several names including Accutane in the US and Roaccutane [made by Hoffman-La Roche] in the UK. Generic forms of Isotretinoin, however, are still available in the US since Roche’s patents for Isotretinoin expired in 2002. And the generic acne drugs are cheaper.)

Several family members of suicide victims in the UK - at least three suicides in 2012 were blamed on Roaccutane - have recently protested at Roche headquarters (its corporate company is in Switzerland but the global healthcare company has more than two dozen manufacturing sites and many offices worldwide). In the US, however, Accutane has been linked to suicide ideation and psychopathology for a number of years.

One doctor in Ireland (name not given) is defending Roaccutane. In a letter to the editor of Kerryman (April 23, 2014), its author says, “If Roaccutane was banned it would be disastrous for the small group of people who have very severe acne where nothing else will work. The acne support group in the UK reckon far more people suffer from depression and suicidal thoughts as a result of their acne, not their treatments….For the majority of my patients, their biggest regret with ‘Roaccutane’ is that they did not take it earlier.”

At the same time, the writer acknowledges that Isotretinoin is a very powerful drug and Accutane birth defects are “well known.” And it goes on to advise that acne patients need to be screened for signs of depression before starting the drug. If only dermatologists and other prescribing doctors had the time and/or inclination to do so…

More ACCUTANE IBD News
In the Kerryman letter to the editor, the writer cited a 2008 review that concluded the link between suicides and severe depression has not yet been clearly demonstrated, which was based on clinical studies and case reports. And given the fact that 13 million patients have used “Roaccutane” since it was approved in 1982, the number of suicides linked to the drug is rare.

Interestingly, the doctor doesn’t mention Accutane Ulcerative Colitis and other bowel diseases linked to the drug. The letter goes on to say that all Roaccutane patients get dry lips, dry nose and dry skin, and more serious side effects are rare. Not so, according to the manufacturer, who has paid more than $53 million to settle Accutane lawsuits.

Posted by
MICKEY MOUSE
on October 21, 2014
Not sure what is behind these lawsuits except money " of course" If Accutane worked for you and you think you got colitis even though colitis can be seen in many non Accutane users then how is Accutane to blame .
Are the juries so smart to award millions in damages ? I wish I had the brain behind these juries .

You think you will ever get a fair trial with such juries in America
Shame on us .

I want to weigh in on this. I took Accutane in 1996 for nodular cystic. I was on the largest dose for nearly a year. I suffered nosebleeds, dry lips, and black tarry stools. Nothing in the warnings indicated these conditions would persist. All of the mucous membranes in my body were dried out to the point that they will never be the same again.

Today, at 39, I try to control my outbreaks with prednisone but I find that its becoming less and less effective the more I need it. I was a candidate for Remicade and took this therapy for a year but I lost my insurance and cannot afford it. Its wrecked total havoc on my career as a commercial airline pilot as I am limited in the quantity of steroid and pain killers are forbidden.

I would advise anyone who is considering taking this poisonous drug to seriously consider the possible ramifications. Though it may be well and good to cure acne, there is much more to the story. If I could go back in time and endured the pain and awkwardness of nodular cystic in my early 20's, I would gladly have done this in lieu of signing up for a lifetime of pain and being medicated.

Posted by
Jane Wilson
on July 16, 2014
In defense of Isotretinoin, my son who has had IBS since 9 yrs old, was placed on this prescription for his bad acne. So as far as the user end of this product, here is what made our experience as such:

Following the guidelines as described in the in leaflet but more importantly by the dermatologist prescribing it. Also, if there is concern with colitis or IBS, then the Gasteroenterologist will approve to move forward or deny prior to your child taking it. It doesn't happen overnight with the stomach issues. Constant contact between the two doctors will take place, blood tests, etc. If not, then, well you need better doctors.

Parents need to be more proactive with their children. My children took this medication because, unfortunately, their acne was very bad, their self esteem was shot, one of them was extremely depressed. It was a well thought out discussion between both children and parents regarding them starting this medication. The doctor reiterated the same. We started them on it and the results were great. Now I have children with great skin after 6 months. They followed the rules and guidelines and I watched like "mother bear" to make sure they were not depressed, behavior changes, etc. as the medication may cause.

Parents be proactive not reactive. My child with IBS has no issues with his flair ups. His regular regime with his IBS medications stayed the same. His blood tests were great. He started out and remained on a lower dose and ended up on the normal dose recommended for best results with no problems.

Odd thing: We have two family members who have had Ulcerative Colitis. They weren't diagnosed until they were in their teens / 20's. We live in an age where we love to blame someone for the diseases we get. It's the hand of cards God gave us. Use it for our advantage and look for the good in it somehow.
If Isotretinoin didn't cause any flair ups in my child who in turn can't eat onions, wheat, etc without significant distress, then I think this whole lawsuit is bogus for the most part.

In the very first paragraph, you're implying that Accutane was pulled from the U.S. market back in 2009 after settling claims for damage related to "Accutane Ulcerative Colitis". This type of statement is very misleading because 7,500 lawsuits have been filed in New Jersey since 2003 and other lawsuits are also pending all around the United States. So, only 11 or so cases have been settled in New Jersey, with a major blow against LaRoche this past spring - a long standing case was upheld by a jury and a large settlement went to the plaintiff. The number of cases won against the defendant (LaRoche), have concluded that there is a link between Ulcerative Colitis and Chrohn's Disease, after taking Accutane. The juries have made this clear and so has the New Jersey Supreme Court. Right now, in the State of New Jersey, the two parties, and the Mass Torte system, appear to be getting closer to a settlement or more trials will be coming this fall. So, these cases/settlements are far from being over in the United States - cases are still been filed against LaRoche. In the end, it appears that LaRoche will end up paying billions of dollars to settle these cases in the United States. So, the folks in the UK and other countries should be watching the United States to see what the final outcome is.