Will Accutane Side Effects Retrial Result in a Larger Verdict?

A retrial of an Accutane side effects lawsuit is reportedly set to go ahead in August. The lawsuit is one of many alleging patients suffered inflammatory bowel disease after using Accutane acne medication. So far, there have been multiple victories for plaintiffs alleging they were harmed by Accutane medication. 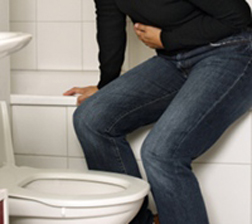 A judge agreed and the Kendall lawsuit will now be retried.

Roche has consistently argued that there is no reliable scientific data to support the claim that Accutane causes inflammatory bowel disease. The drug company, however, is taking a chance in retrying the lawsuit. In a different lawsuit, plaintiff Andrew McCarrell was awarded more than $2 million in his lawsuit. Roche appealed that verdict and was granted a retrial. At the retrial, McCarrell was awarded more than $25 million.

Whether Kendall will enjoy the same victory remains to be seen.

In addition to Kamie Kendall's lawsuit, other lawsuits concerning Accutane have been scheduled for later this year.