Accutane IBD Lawsuits to Be Tried in New Jersey Next October, January

A number of lawsuits surrounding Accutane side effects such as inflammatory bowel disease (IBD) are scheduled to go to trial in state court in New Jersey in October 2011 and January 2012. 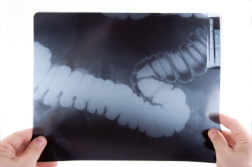 The lawsuits represent the latest legal action taken against Roche Holding AG and its Accutane acne drug, which has been associated with a number of side effects, most notably IBD. Cases that have gone to trial thus far have returned mixed results, with one woman who reportedly developed ulcerative colitis from the drug receiving $2 million in damages.

The same jury, however, decided not to award any damages to two other plaintiffs in the same trial, according to published reports.

Additionally, the latest lawsuits will be heard after the case of Utah resident Kamie Kendall is retried. Kendall, who was reportedly awarded $10.5 million from a New Jersey jury in 2008, had the decision reversed last year due to a court determination that evidence had been barred during the trial.

Still, Kendall claims the acne medication was the major cause of her IBD, which forced her to have her colon removed.

While these lawsuits involve a substantial amount of money, perhaps the most notable Accutane IBD case has involved actor James Marshall, who claims the medication disrupted his career by causing his IBD.

"It amazes me that something like this could have happened and could have had such a long-range effect on a career that should have topped," Dennehy said in an interview outside of the courthouse.

Attorneys for the plaintiffs in the Accutane cases say that approximately 16 million people have taken the acne drug since it went on the market in 1982, according to the news provider.

In addition to IBD, Accutane has also been linked to less serious, more common side effects such as cold symptoms, dizziness, headache and blurred vision, according to the National Center for Biotechnology Information.