Lawsuits alleging Accutane Ulcerative Colitis appear to be heating up in the state of New Jersey in the seven years since Accutane lawsuits were consolidated in the home state of Accutane manufacturer Hoffman-LaRoche. 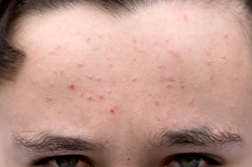 In fact, according to the May 30 issue of the Lead Counsel Corner, there have been no fewer than 3,268 plaintiffs having filed Accutane IBD lawsuits as of May 14, so says the New Jersey state judiciary. It has been reported that several hundred lawsuits alleging harm at the hands of the acne medication have already gone to trial or have settled.

Accutane, which is no longer marketed by Hoffman-LaRoche but is still available in generic form, is a medication prescribed for serious cases of acne. However, various side effects and adverse reactions have been associated with the medication, and the impact has touched people across all demographics and socio-economic circles—from teenagers to actors to sports athletes.

One such athlete is Matt Luppi, a pitcher on his high school baseball team keen on impressing college scouts gathered to see him play. According to the May 15 issue of the Boston Globe, Luppi was hoping to hook up with the New England Ruffnecks, the college development program responsible for grooming Boston Red Sox prospect Ryan Westmoreland.

Luppi was a guy who could throw a 90-mile-per-hour fastball and not even break a sweat. But that all changed two years ago when he began experiencing sharp pains in his shoulder.

More ACCUTANE IBD News
Turns out Luppi had been using Accutane. In rare cases, according to the Boston Globe, the medication can foster the drying up of fluid in the joints, causing pain and stiffness.

Just one of many Accutane side effects…

In the end, Luppi stopped taking Accutane, his shoulder improved and his fastball returned.

For Accutane users suffering from Accutane inflammatory bowel disease, the prognosis is not always as rosy. Many a plaintiff has suffered life-changing events—including surgery—after using Accutane. Hence, the bevy of Accutane lawsuits. According to the May 30 Lead Counsel Corner, the original jury award of $2.6 million in an Accutane IBD case was increased to $25.16 million, emblematic of the seriousness of the injuries encountered by the Accutane patient and the impact of the Accutane effects.