If the past year or so has been any indication, patients who suffered from Accutane side effects may finally have something to smile about. Recent lawsuits alleging inflammatory bowel disease and other serious side effects from the acne medication have resulted in awards to the plaintiffs or settlements in the majority of cases. 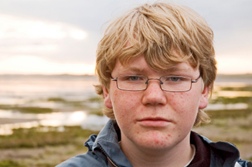 Plaintiff Andrew McCarrell was awarded $25.16 million in damages in his lawsuit against Roche Holding AG, maker of Accutane. McCarrell alleged that his use of Accutane resulted in inflammatory bowel disease. McCarrell underwent five surgeries, including one to remove his colon after he became ill.

According to Bloomberg on 2/16/10, McCarrell initially won $2.62 million in his lawsuit, but that award was overturned and a new trial was ordered.

Accutane was introduced to the market in 1982 with a list of serious side effects including birth defects and depression. More than 13 million people reportedly used Accutane before Roche removed it from the market in June 2009, citing generic competition and the cost of personal injury lawsuits.

In 2008 a jury awarded a woman $10.5 million after she alleged that Accutane caused her inflammatory bowel disease. The plaintiff, Kamie Kendall, began taking Accutane at age 12 and was diagnosed with ulcerative colitis at age 14, according to the 4/23/08 edition of the Wall Street Journal. In 2006, Kendall had surgery to remove her colon.

More ACCUTANE IBD News
Although Kendall was awarded compensatory damages of $10.5 million plus $78,500 for medical expenses, a judge ruled there was not enough evidence to allow for punitive damages. After the award was announced, the defendant said it would appeal.

Also in 2008, three plaintiffs who alleged their inflammatory bowel disease was caused by Accutane were awarded more than $12 million in their lawsuit.

One multi-million dollar award was reversed. The plaintiff, Adam Mason, was initially awarded $7 million but a three-judge panel reversed the decision, finding that his argument that Accutane was "temporally associated" with his inflammatory bowel disease was not strong enough. The judges ruled that Mason did not show that Accutane's warning label was a cause of his illness.