At the Height of Accutane Controversy, a Suicide Death

It's been more than a year since Accutane was taken off the market in the US by manufacturer Hoffmann-La Roche, ostensibly due to the cost of defending an increasing number of lawsuits alleging Accutane inflammatory bowel disease. Last year a former Accutane user was awarded $25.1 million after suing the manufacturer, and there are reportedly hundreds more lawsuits in the pipeline brought by Accutane lawyers. 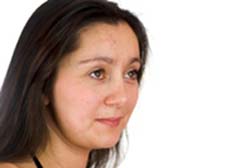 However, while the original Accutane is no longer marketed in the US, generic forms of Accutane (isotretinoin) are still available. Thus, the concerns expressed on a US syndicated talk show at the height of the Accutane controversy remain valid, so long as Accutane in any form remains on the market.

Prior to its disappearance from the airwaves the very week Accutane was recalled, the syndicated morning show featuring Mike Jerrick and Juliet Huddy aired a segment on Accutane—which at the time was still on the market. The parents of one boy, who took his own life after using Accutane, appeared as guests on the program and pushed to have Accutane banned.

Also featured on the Accutane acne medication show were two teens for whom Accutane had worked wonders. The contrast in moods, watching the video posted on YouTube, was palpable.

There is little doubt that isotretinoin is extremely effective on treating problem acne—which in itself can be a source of severe emotional anxiety for the acne sufferer. However, serious Accutane side effects have derailed many patients.

Accutane IBD is one of the adverse reactions noted. And while rare, there have been others—such as suicide and depression allegedly triggered by Accutane.

The episode of "The Morning Show With Mike and Juliet," which is undated but aired sometime between the show's debut in 2007 and its cancellation June 12, 2009, featured a woman who suffered what was described as depression in response to taking Accutane.

Also appearing was Dr. Petros Levounis, who is listed on his Web site as Director of The Addiction Institute of New York and Chief, Division of Addiction Psychiatry, The St. Luke's and Roosevelt Hospitals.

More ACCUTANE IBD News
Dr. Levounis noted on the program that imaging scans comparing the brain prior to starting the Accutane drug and post-treatment showed changes in the frontal lobe of the brain that controls moods and emotional function. Dr. Levounis pointed out that the change was the result of four month's treatment with Accutane, and represented a 20 percent drop in activity for that portion of the brain.

The psychiatrist noted that while Accutane was found to have triggered depression in some people, Dr. Levounis appeared to suggest the absence of a definitive link between Accutane and depression.

However, that's cold comfort to the parents of the deceased boy. And while Hoffmann-La Roche recalled Accutane from the market in 2009, generic isotretinoin remains available, together with the ongoing concern for Accutane side effects.