For people living with severe acne, Accutane acne medication probably sounded like a dream come true. But there was some controversy about the drug and its side effects before the medication was pulled from the market. Now, lawsuits allege that Accutane caused serious problems, while scientific studies contradict each other regarding Accutane's side effects. 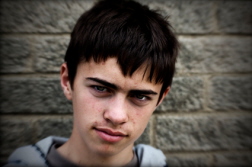 Part of the controversy has to do with whether or not Accutane caused depression and an increase in suicidal thoughts or actions in patients. Some patients committed suicide while taking the medication, but evidence suggests that severe acne itself causes depression, potentially making patients susceptible to suicidal thoughts and actions before they began taking Accutane.

A study published in the Journal of Investigative Dermatology studied the link between acne severity and mental health of teenagers. As reported by the Los Angeles Times on 9/17/10, researchers found that 11 percent of teens overall experienced episodes of suicidal thoughts. But those who said they had "substantial" acne were 80 percent more likely to report having suicidal thoughts than patients who had less severe acne or no acne.

The courts have already heard some lawsuits alleging that Accutane is linked to an increased risk of inflammatory bowel disease.

More ACCUTANE IBD News
Inflammatory bowel disease (IBD)—not to be confused with irritable bowel syndrome—refers to disorders of the intestines. Two types of IBD are ulcerative colitis, which occurs in the colon, and Crohn's disease, which can occur in any part of the gastrointestinal tract but most frequently occurs in the small intestine or colon.

Both ulcerative colitis and Crohn's disease typically involve periods of flare-ups, where the intensity of the illness is worse, and periods of remission, during which patients experience few or no symptoms.

So far, all cases heard by the courts have resulted in favorable verdicts for the plaintiff, although one award was reversed on appeal.