Shawn took Accutane for almost two years, and it did clear up his skin. However, in 2009, four years after stopping the acne treatment drug, he was diagnosed with “moderate to severe” Ulcerative Colitis - the same year Roche took Accutane off the market. “I would rather deal with the worst case of acne than live with this disease,” says Shawn.
“I would never have taken Accutane, had I been warned of these side effects.” 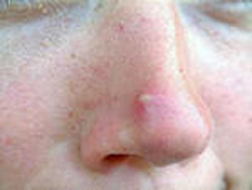 Shawn says this disease has been so detrimental to his lifestyle, both physically and mentally. “I am living with a chronic disease that is extremely difficult to manage and it is almost impossible not to constantly be thinking about it.”

Severe ulcerative colitis changes everything about your daily life and activities. It can be so debilitating that some sufferers living with severe bowel problems have become clinically depressed and have even had suicidal thoughts.

“I am completely exhausted from the pain and major life-altering inconvenience that goes along with having this disease.” Shawn adds. “No matter where I go, I have to find the nearest bathroom before I do anything. I am constantly in pain with cramps and bloating and more often than not have to cancel plans with family and friends. In fact I’ve canceled get-togethers with friends so many times that they seldom include me in their plans anymore.”

Unfortunately, Shawn, along with countless other Accutane users, didn’t read Roche’s new warning label. Reports linking colitis syndromes, including Crohn’s disease and Accutane, were submitted to the FDA from 1997, but Roche didn’t add warning labels until 2002, and post-2002 there has been much dispute regarding whether those warnings were adequate.

“Any stress, good or bad, makes my condition worse,” says Shawn. “If I do any kind of exertion, from cleaning the house to a cardio session at the gym, it flares up and I’m stuck in the bathroom. Needless to say, this disease has also caused weight gain. There doesn’t seem much more I can do about it, except join an Accutane lawsuit.”

In late 2008, a $12.89 million settlement was awarded to three Florida residents who took Accutane as teens and developed inflammatory bowel disease (IBD). Two years later, a whopping $25 million settlement was awarded by a jury to a 38-year-old man who claimed in his lawsuit that the pharmaceutical company failed to adequately warn of the drug’s side effects. The man took Accutane in his late 20s and subsequently had his colon removed.

The Accutane labeling has been at the forefront of recent lawsuits. One suit was dropped in New Jersey superior court by plaintiff Melissa Alfano. Her case was selected for a bellwether trial and the second with the most recent version of Accutane labeling at issue. However, attorneys are optimistic that litigation will continue.

A Roche spokesperson said that the evidence “was overwhelming that Melissa Alfano did not suffer any injury from Accutane and that Accutane's warnings were fully appropriate, and thus we are not surprised Ms. Alfano chose to dismiss her case without any payment from Roche.”

If oral arguments (which were scheduled to take place in mid-March, according to Law360) rule in favor of Roche, it could feasibly foreclose Accutane injury suits over irritable bowel disorders that involve patients who took the medication after 2002.

There are almost 7,000 Accutane lawsuits pending in New Jersey, of which roughly 800 to 1,000 of them involve claims relating to the newer label, according to attorneys in the suit. About 16 million people have used Accutane worldwide and thousands claim to have suffered debilitating side effects, including gastrointestinal problems, depression and suicidal tendencies.