Boy Scouts of America Sex Abuse Settlement – For and Against

A reorganization plan to settle sexual abuse claims against the Boy Scouts of America has some victims for and others against the settlement fund.

Voting a settlement of almost $1.9 billion to compensate over 82,000 Boy Scouts of America sexual abuse victims has begun with a December 14, 2021 deadline to vote for the Plan. But many survivors and their attorneys oppose the current proposal. 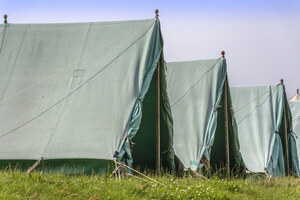 
The number of claims two decades ago. By 2019 over 12,000 victims – and 7,819 suspected sexual predators—had been identified by a researcher hired by the Boy Scouts to analyze its internal records. Of more than 92,000 claims submitted, 10,000 were deemed invalid or duplicates.


The current survivors’ compensation trust has grown to $1.887 billion, which includes an $850 million settlement with Boy Scouts of America and local councils, and settlements with and The Church of Jesus Christ of Latter-day Saints for $250 million. The Salt Lake City church, commonly known as the Mormon church,  was the largest single sponsor of Boy Scout troops before its longtime partnership with the organization ended early last year.

Hartford Financial Services Group has agreed on $787 million and in exchange for the payment, the Boy Scouts and its local councils will fully release Hartford from any obligation under policies the insurance company issued to them.

More settlements are expected including  the Boy Scouts’ other major insurer, Century Indemnity, according to The Associated Press.


The Official Tort Claimants' Committee (TCC) announced that it continues to oppose the proposed Modified Fifth Amended Plan of Reorganization ("Plan") of the Boy Scouts of America (BSA) for a variety of reasons.

The Tort Claimants Committee contends that the proposed settlement is “grossly unfair.” Among other things, it says the plan fails to tap more than $1 billion in cash and assets held by the local councils and requires Hartford to pay only “a small fraction of the coverage” it is obligated to provide. The Committee, which comprises nine survivors of sexual abuse in Scouting, was appointed to represent the interests of victims, but it does not speak for all of them.

“It is an insult to every survivor,” said John Humphrey, Chairman of the TCC. “The 82,200 known survivors deserve better. Some have been waiting over 50 years to see the Boy Scouts held responsible and to do better in protecting Scouts today.”

The committee has estimated the actual damages from the abuse at more than $100 billion. Humphrey said the BSA’s plan seems large “but they ignore the fact that the settlements will only compensate survivors on average less than $21,000 per survivor." He went on. "This much ballyhooed settlement represents a fraction of what the settling parties should and can pay to the tens of thousands of survivors based on the Boy Scouts', Local Councils', and The Hartford's financial exposure and available assets…As Chairman of the TCC, I cannot in good conscience support a plan that leaves survivors woefully undercompensated."

Attorneys opposed to the plan include Jason Amala, whose law firm represents about 1,000 claimants. Amala said that many of his clients would receive a pittance under the proposed plan and he recommends they vote no. “With the money on the table now, some survivors are estimated to get at little as $19 before they pay their attorney fees,” Amala told the Los Angeles Times.

Tim Kosnoff, founder of the group “Abused in Scouting” is also is telling his 17,000 clients to vote no on the plan, which he said “is grossly inadequate and is a re-victimization of survivors.”


The ad hoc group called The Coalition of Abused Scouts for Justice, which is urging a yes vote, has said that most claimants will receive between $3,500 and $2.7 million. On October 18, the coalition successfully negotiated with the BSA to appoint a Boy Scouts sexual abuse survivor to its National Executive Board as part of the Bankruptcy Reorganization Plan.

More SEXUAL ABUSE News
In a press release issued by the Coalition, an Eagle Scout from Texas said, "When I have the option, I will vote yes, in favor of resolution, certainly to gain an element of closure, but more so because I see a clear future for the BSA, in which it comes back better and safer than before, to benefit young people across the country and through the years.”


Paul Mones, a Los Angeles attorney representing several hundred claimants, said he will let his clients decide for themselves. But he said the plan is “far from adequate,” and has little faith the Boy Scouts will do right by those who were abused. “These guys have been waiting a long time and they deserve their justice, but the plan leaves a lot to be desired,” he told the Los Angeles Times.

“The $1.887 billion is just the start,” said attorney Rothweiler. “Current negotiations with insurers and chartered organizations are ongoing, and if appropriate settlements can be reached, they will add significant funds to compensate survivors.”