It's only been three months since the Judicial Panel on Multidistrict Litigation (JPML) consolidated the federal Taxotere lawsuits, but in that time the number of Taxotere claims added to the multidistrict litigation (MDL) has increased dramatically, a sign that women are unhappy about allegedly being put at an increased risk of side effects. Sanofi SA faces allegations it failed to adequately warn women that the hair loss they experienced as a result of the cancer treatment drug could be permanent. 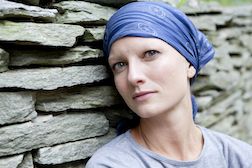 In October, the JPML consolidated all federal Taxotere lawsuits into MDL 2740. At the time, there were 33 lawsuits filed in 16 districts. Those lawsuits alleged Sanofi marketed Taxotere as being a superior cancer treatment to other drugs despite knowing that patients' hair loss could be permanent. Some lawsuits go further and allege employees were trained to lie about the safety of the drug and paid kickbacks to doctors in exchange for prescribing the drug off-label.

Off-label drug use—in which the drug is prescribed to treat conditions it is not approved for—is not illegal. But drug companies are not allowed to market drugs for such uses and cannot encourage off-label prescriptions.

As of December 15, 2016—two-and-a-half months after the MDL was created—the number of lawsuits consolidated for pretrial proceedings had grown to 267. As the MDL is in its early stages, that number is likely to increase.

Hair loss is a generally accepted side effect of chemotherapy, but most patients expect the hair loss will be temporary. Plaintiffs allege Sanofi knew their drug was not more effective than other medications and had an increased risk of some side effects but continued to market the drug as better than alternative drugs.

More TAXOTERE HAIR LOSS News
According to Louisiana Record (12/18/16), in Canada Taxotere has had a warning about permanent hair loss since 2005, while in Europe a warning has existed since 2012. A similar warning was not included in the US until 2015. Plaintiffs say if they had known about the risk of permanent baldness they would have chosen a different chemotherapy drug that did not come with similar risks of side effects.

One lawsuit, filed by Ami Dodson, alleges Sanofi knew back in the late 1990s that almost 10 percent of patients who used Taxotere suffered hair loss that lasted more than 10 years.

Taxotere is used to treat women who have breast cancer. Reports indicate sales of Taxotere reached $1.4 billion in 2004.