An interesting sidebar to Taxotere hair loss litigation has opened up through a peek into docetaxel hair loss multidistrict litigation, and an accompanying analysis of the various approval protocols employed to bring both branded and generic docetaxel (Taxotere) to the market. 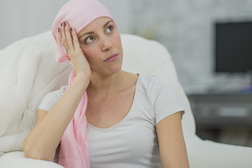 Most are familiar with the 510(k) Clearance protocol employed by the US Food and Drug Administration (FDA) to bring “substantially equivalent” medical devices to market that carry a similarity to products already on the market and performing within expectations. The 510(k) Clearance has been around since the 1970s and allows a manufacturer to escape the lengthy and often cost-prohibitive clinical trial process normally required to bring a new product to market. Rather, substantive equivalency assumes there are sufficient similarities to the pre-existing product to allow a determination that intensive clinical testing pre-market is not required. While post-market testing may be required after the fact, the 510(k) Clearance nonetheless is designed to bring promising and needed products – and product updates – to the market sooner than otherwise expected under traditional, more robust protocols.

A similar fast-track has been around for more than 30 years for pharmaceuticals. The 505(b)(2) New Drug Application (NDA) protocol grew from the Hatch-Waxman Amendments of 1984 and is a hybrid application that is used to seek approval for a new formulation of a drug, while relying on data with regard to the safety and efficacy of an active ingredient previously submitted to the FDA with regard to a pre-existing drug. The idea is that the 505(b)(2) applicant is not required to duplicate data that’s already out there, thereby saving on costs and suggesting a capacity to get a promising drug to the market sooner.

The jury is still out as to whether, or not pharmaceuticals wind up on the market sooner with the fast-track protocol (some say it doesn’t). However the 505(b)(2) protocol figures into the Taxotere multidistrict litigation currently housed in the Eastern District of Louisiana. Docetaxel side effects plaintiffs having been alleging in Taxotere alopecia lawsuits since last year that Taxtotere manufacturer Sanofi-Aventis was aware that Taxotere was no more effective than other drugs used in cancer treatments, yet carried a substantial risk for permanent hair loss. Lawsuits originated with the advancement of a warning label issued by Sanofi-Aventis in 2016 stemming from post-market studies triggered by an FDA inquiry.

Plaintiffs in Taxotere hair loss lawsuits allege that Sanofi-Aventis knew well before 2016 that docetaxel could foster permanent hair loss – unlike similar cancer treatments that also caused hair to fall out from chemotherapy, only to grow back when cancer treatments ceased. For some Taxotere patients, hair did not return following the termination of cancer treatments.

Plaintiffs assert that the GEICAM 9805 study, sponsored by Sanofi-Aventis, revealed that Taxotere patients experienced persistent Taxotere alopecia for up to 10 years and five months. Data from the study was reported by the Annals of Oncology in 2007, as well as the New England Journal of Medicine in 2010. While it is not suggested that Sanofi-Aventis knew of the potential for hair loss at the time branded Taxotere was first approved by the FDA several decades ago, the GEICAM 9805 data pre-dated by a number of years the issuance of the label warning for Taxotere by Sanofi-Aventis in 2016.

More TAXOTERE HAIR LOSS News
Plaintiffs in the Taxotere MDL have named Sanofi-Aventis for branded Taxotere in litigation. But plaintiffs have also named eight manufacturers other than Sanofi-Aventis, including drug makers who submitted hybrid NDAs under the FDA 505(b)(2) protocol. Based on the requirements of the 505(b)(2) protocol with regard to the disclosure of pre-existing data, plaintiffs allege that data from the GEICAM 9805 study was duly shared with NDA applicants as the data was published prior to the submission of 505(b)(2) NDA applications.

Thus, plaintiffs in docetaxel hair loss lawsuits feel that generic manufacturers of docetaxel should be held liable, as it is alleged they knew about the docetaxel side effects through the pre-existing data from the GEICAM 9805 study that would have factored into the successful conclusion of their 505(b)(2) applications that saw their drugs introduced to the market successfully.