Eight Manufacturers of a generic form of Taxotere known as Docetaxel are also being included in the ongoing MDL in U.S. District Court, Eastern District of Louisiana (New Orleans). As a result, more women will likely join the approximately 1,000 women already involved in the litigation. 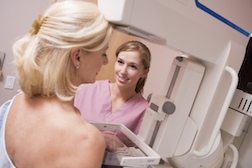 Generic versions of brand-name drugs that come to market under the FDA’s 505 (b)(2) provision are usually excluded from similar types of litigation and the Judicial Panel’s decision to include this time is a departure from the recent past.

“To my knowledge this is the first major piece of litigation that includes these 505 (b)(2) defendants. So the Docetaxel inclusion is probably more significant for that reason than it is for attempting to add additional plaintiffs,” says Terry Henry, a partner in the Philadelphia firm of Blank Rome.

In 2016, women who had been prescribed Taxotere began filing suits against French drug maker Sanofi-Aventis, alleging that the company knew from its own GEICAM 9805 research studies that Taxotere could lead to permanent hair loss. The lawsuits claimed the company failed its legal obligation to warn women who had been prescribed Taxotere as a chemotherapy drug for breast cancer that alopecia was a significant risk.

Sanofi-Aventis obtained FDA approval for the drug in 1996 and issued its first warning regarding alopecia risk in March 2016.


”It has a difference in either formulation or dosage of an existing approved drug. It is kind of what I would call a hybrid drug”
Generic drugs, that typically come to market years after the original version of the drug is marketed, are often approved as FDA 505(b)(2) drugs. It’s a process by which the FDA recognizes that the generic version is essentially a copy, or a very close copy, of a drug it has already approved. So, to speed up the process and reduce costs it allows companies to begin selling generic versions without having to duplicate research results.

“This is interesting because the additionally named defendants manufactured what is called a 505 (b) 2 drug. It is not a classic generic and it is not a new drug. In other words it has a difference in either formulation or dosage of an existing approved drug. It is kind of what I would call a hybrid drug,” says attorney Terry Henry.

Generic versions are usually not held accountable for design defects as Henry points out.

More TAXOTERE HAIR LOSS News
However, in the Taxotere case plaintiffs who were prescribed the generic version, docetaxel, claim that all the eight generic manufacturers, that received FDA approval between 2011 and 2016, should have been aware the risk of permanent hair loss because a study done by Sanofi Aventis known as GEICAM 9805.

Research from that study that showed a significant risk of permanent alopecia was published in two leading medical journals -first in 2007 in the Annals of Oncology and later New England Journal of Medicine 2010.

Plaintiffs claim the manufacturers of Docetaxel should have known about those studies and therefore can not avoid liability. In other words, the information about permanent hair loss was published in widely read journals years before they obtained FDA for Docetaxel, but they still failed to warn generic users.