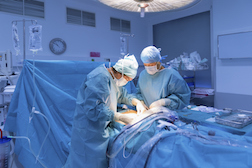 Back in 2012, invasive Mycobacterium chimaera infections were diagnosed in two heart surgery patients. That year, several outbreaks and six cases going back to 2006 were linked with the units and contaminated water at The University Hospital of Zurich. Surgical site infections with nontuberculous mycobacteria following heart surgery were described but not publicized until March 2015. And in October the European Society of Cardiology reported that 10 open-heart surgery patients were identified with Mycobacterium chimaera infections at three European Hospitals. Just one month later, Public Health England and the Medicine and Healthcare Products Regulatory Agency issued guidance to surgical centers and infection risk was identified.

But it took the Centers for Disease Control and Prevention (CDC) one year after its European and UK counterparts to warn healthcare providers and open-heart surgery patients about the “potential risk of infection from certain devices”. And the FDA knew of this deadly infection associated with the heater-cooler devices back in 2014.

The agency acknowledges they were aware of infections linked to the heart surgery device but waited 14 months (October 2015) to issue a public warning about the risks.

The CDC said their advice follows new information indicating that some Stöckert 3T heater-cooler devices, used during many of these surgeries, “might have been contaminated during manufacturing which could put patients at risk for life-threatening infections.”

But going back even further, to 2005, FEMS Microbiol Rev, reported that environmental mycobacteria had been isolated from drinking water and hospital water distribution system.

More STOCKERT 3T News
This past February the FDA provided information for patients about the “potential for Nontuberculous Mycobacteria (NTM) to be present and grow inside the heater-cooler device,” but at the same time, stated that “the benefits of temperature control during surgery outweigh the small risk of infection associated with these devices.” Neither the CDC (in its 2016 information letter for patients to take to their doctor) nor the FDA mention the Stockert 3T device.

According to a lawsuit filed in November 2016, the FDA visited the Stockert 3T manufacturer in April 2011 to “address safety concerns about the heater-cooler machine”.

It is unknown just how many patients developed this life-threatening infection since 2011 (it can take several years for Mycobacterium chimaera infection to manifest) but likely there will be more lawsuits.