As additional Stockert heater-cooler lawsuits are filed, more warnings are being sent out about the devices, warning patients that they may have been exposed to contaminants thanks to the use of the Stockert 3T devices. Hospitals across the US are sending out letters concerning the potential risk of infection in patients who underwent open-heard surgery procedures that involved Stockert heater-coolers. 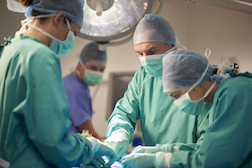 The Stockert 3T heater-coolers are used to ensure patients maintain optimal temperature during certain surgeries. Approximately 60 percent of heart surgery programs in the US use heater-coolers during heart and lung surgeries. Reports have arisen, however, that the devices could be associated with an increased risk of patient exposure to Mycobacterium chimaera, which causes nontuberculous mycobacterium infections. These infections can be deadly, and are often slow growing, so they can take months or even years to develop.

The heater-coolers use water to maintain patient temperature, and bacteria in the water can be transmitted via the air, which is how patients may have been exposed to it. Although patients do not come into contact with the water, water droplets can be carried from a device vent through the air, spreading the infection.

At least two hospitals—including WellSpan York Hospital—face lawsuits linked to the use of Stockert heater-coolers. Other hospitals have started warning patients that they may have been exposed to M. chimaera and should be monitored for signs of an infection.

On January 23, 2017, Medical University of South Carolina issued a release about the heater-coolers, though the organization said it has not yet received any reports of injury in its patients. Symptoms of M. chimaera infection include night sweats, unexplained weight loss, fatigue, fever, and muscle aches. Patients who experience symptoms of an infection and have had heart surgery are encouraged to seek medical attention immediately.

More STOCKERT 3T News
According to Greenville Online as many as 3,000 patients could have been exposed to the bacteria at MUSC since 2012. The organization and others say they are working to replace the heater-coolers.

Lawsuits have been filed by patients who allege they became ill after the heater-cooler was used during their surgery. The lawsuits claim hospitals did not do enough to prevent the dangerous infection. At least two lawsuits have been filed against University of Pennsylvania Health System, according to reports. Robert Gerngross and Marisa Karamanoogian both had surgery at the hospital and developed infections. Gerngross' infection, which occurred after he had a valve replacement, ultimately resulted in him losing 40 pounds and requiring a second valve replacement.

Meanwhile, around 12 patients have filed a lawsuit against WellSpan York Hospital, alleging that hospital also failed to protect them from infection.