Hospitals across the US are warning cardiac patients of a potential infection risk if they had surgery involving the Stockert 3T heater-cooler system. Some hospitals have discontinued using the device and Stockert 3T lawsuits are being filed. 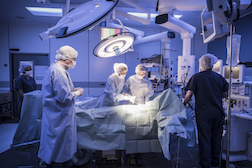 Baystate Medical Center is the latest facility to warn patients of nontuberculous mycobacteria infection that is linked to the heater-cooler device. Up to 1,800 cardiac patients who had procedures dating back to 2012 are being notified.

The manufacturer LivaNova discovered the contamination in August 2014. However, although the Centers for Disease Control and Prevention (CDC) identified the Stockert 3T as the source of bacterial transmission at hospitals both in the U.S. and in Europe, it didn’t warn healthcare providers and patients about the potential risk of infection until October 13, 2016.

Who is at Risk of Infection?

More than 250,000 heart bypass procedures using heater-cooler devices like the Stockert are performed in the US annually, and about 60 percent of such procedures using water-cooler devices have been associated with these infections. That’s 150,000 patients each year. And since 2012 that means 750,000 patients should be notified. But Springfield’s Republican (Dec 8, 2016) reports that the FDA had not recommended notification of all potentially exposed patients in part because of the costs involved. If a patient is infected with non-tuberculosis mycobacteria chances of survival are greater if it is treated immediately. And at what cost is wrongful death?

More STOCKERT 3T News
Three months after Henry Weinacker had heart bypass surgery he was back in Greenville Memorial Hospital in South Carolina with an infection that was traced to the Stockert 3T device. Although Henry complained to his wife Lori about chest pain, she thought he was recovering. “The bacteria is a common environmental contaminant,” Blake Smith, the lawyer who settled Lori Weinacker’s wrongful death suit against Greenville Memorial Hospital in 2015 told Consumer Reports. “But only the heater-cooler device is capable of aerosolizing that bacteria and spraying it directly into the chest cavity during surgery.”


From January 2010 to February 2016 the FDA received 180 incident reports related to heater-cooler devices worldwide. The reports include 16 US hospitals across 10 states, where at least 45 patients were infected and at least nine died. But how many patients like Henry Weinacker may have an infection, patients who had surgery back in 2012 and have not been notified of a potential infection risk that is life-threatening?

Posted by
MD
on March 23, 2017
Mother died from nontuberculous mycobacteria infection after heart transplant at Duke University Medical Center. During time that they were researching NTM outbreak in their new hospital wing. Several hospitalizations, failed to bronch until 6 days prior to death. Diagnosis confirmed a month after her death. Will not communicate. Their report confirms her death and they admit in report not adhering to protocols received. Causes of outbreak blamed on new hospital waterflow, LEEP, Municipal water and stockert heater-cooler 3t used. died 3 months after transplant.