Many warnings, complaints and investigations linking the Stockert 3T heater-cooler system to nontuberculous mycobacteria (NTM) infections and other serious side effects seems to have cooled down. But NTM infections can take years to manifest, and many of the Stockert 3T systems used to regulate body temperature during cardiopulmonary surgeries have not been replaced. 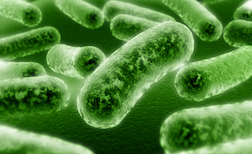 A few months ago, Bob Marks, age 74, wondered if he had developed NTM after heart surgery at Allegheny General Hospital. While the emergency surgery saved his life, this type of infection is life-threatening. According to Pharma & Healthcare Monitor Worldwide, Allegheny began notifying patients such as Marks of the potential problem in July. It had used the devices between August, 2012 and March, 2017. The letter said the chances for developing this infection are very low, and the CDC estimates the risk to be less than one percent. It went on to say that, “While these infections can be severe, and some patients in this investigation have died, it is unclear whether the infection was a direct cause of death. Available information suggests that patients who had valves or prosthetic products implanted are at higher risk of these infections.” The investigation is also unclear regarding how long patients were monitored after surgery.

Posted by
Cynthia Polvado
on December 7, 2017
I have also developed shingles since my surgery which I have never had in my life I need to know what to do?
Posted by
Cyndi Polvado
on November 6, 2017
I had a metal mitral valve replaced on October 13th of 2013 two years later I got a letter from the hospital stating something about that machine being used in my surgery. I run a fever on a regular basis I am constantly tired I get headaches I almost died twice last year have had to have blood transfusions iron transfusions and nauseated every morning they cannot seem to find what's wrong with me could this have something to do with this machine I don't know if I've ever been tested for this I did not know what to do with the letter and lost it I was moving at the time