A former executive with a real estate investment trust who brought an SEC whistleblower lawsuit against his former employer has seen his case mushroom into a debate over protections for whistleblowers couched in the Dodd-Frank Act and the Sarbanes-Oxley Act. Also debated within the lawsuit, which has since been elevated to the US Supreme Court, is the relationship between the various provisions within Dodd-Frank / Sarbanes-Oxley, and those within the Securities and Exchange Commission (SEC). 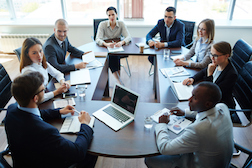 According to Law 360 (08/25/17), plaintiff Paul Somers launched a lawsuit in 2014 alleging discrimination as an openly gay man while employed at Digital Realty Trust Inc. (Digital Realty), for whom Somers worked in an executive role from July 2010 through April, 2014. He brought his lawsuit the following November.

In spite of positive performance reviews, Somers asserts he was terminated from his executive position based upon “vague, trivial and false allegations of misconduct.” According to his lawsuit, a senior vice president with Digital Realty is alleged to have eliminated certain internal corporate controls that would have placed his employer in violation of the Sarbanes-Oxley Act, or so it is asserted by Somers. He claims he was terminated without just cause after he complained about the changes to senior management at the firm.

At the heart of Somers’ lawsuit, according to Law 360, is whether anti-retaliation provisions in Dodd-Frank protect whistleblowers who report suspected securities law violations internally – within the four walls of the enterprise – in the absence of the reporting of same with the SEC.

Somers presents himself as a whistleblower, for observing what he interpreted as unlawful conduct and sharing what he alleges to have found, with his superiors.

Digital Reality moved to have the lawsuit dismissed in May, 2015 but was rebuffed by US District Judge Edward M. Chen, who ruled instead that Dodd-Frank’s whistleblower anti-retaliation provision “unambiguously and expressly protects” both those who report to the SEC, and internal whistleblowers.

Law 360 reports that the provision in question (subdivision iii, Section 21F, Dodd-Frank) prohibits employers from discharging or discriminating against a whistleblower who makes disclosures that are required or protected by Sarbanes-Oxley.

There have been various rulings on this previously. An appellate panel with the Fifth Circuit held in 2013 that only those who report to the SEC are whistleblowers for the purposes of the provision.

More SEC FRAUD WHISTLEBLOWER News
The Second Circuit, in 2015 held a different view, holding that the retaliation provision is ambiguous and that courts must defer to the SEC’s guidance. The Ninth Circuit agreed this past March, upholding the lower Court’s ruling – albeit in a split decision – nonetheless giving the green light for Somers to sue Digital Realty for alleged retaliation.

Digital Realty responded by filing a petition for writ of certiorari in April, their argument being that the decision of the Ninth Circuit would effectively make the Sarbanes-Oxley anti-retaliation provisions obsolete.

The US Supreme Court agreed to hear the case in June. Opening arguments began August 24.

The case is Digital Realty Trust Inc. v. Paul Somers, Case No. 16-1276, at the Supreme Court of the United States.

If you or a loved one have suffered losses in this case, please click the link below and your complaint will be sent to a whistleblower lawyer who may evaluate your SEC Fraud Whistleblower claim at no cost or obligation.
Request Legal Help Now

Posted by
james jarmusch
on September 29, 2017
of interest, 9th circuit just overruled SEC and has forced an Agency review by a Whistleblower!