The US Securities and Exchange Commission (SEC) has been relentless in its pursuit of wrongdoers in the financial industry. Since 2011 it has recovered $975 million in enforcement actions ranging from elaborate investment schemes to financial advisors that work to benefit themselves rather than investors. 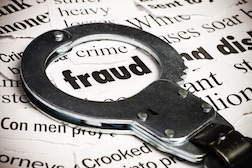 Although the industry came under tremendous pressure to clean up after the 2008 economic meltdown and high profile investor rip-offs like the Bernie Madoff debacle there is still plenty of abuse in the system.

“There are still a lot of things going on behind the scenes,” says Jason T. Brown, attorney and former Special Agent and Legal Advisor to the FBI. “If you peel away the first layer, there’s a lot of corruption on Wall Street. Wall Street is interested in profits and the client is still sometimes viewed as “rube” -- someone they can repeatedly victimize to their benefit.”

One of the ways the SEC finds out about financial fraud is through whistleblowers. They are people who are somehow in a position to know. They often make a career ending decision when they come forward with critical information that leads to successful enforcement actions and financial recoveries by the SEC.

The good news for whistleblowers is that in the US they can be handsomely rewarded for their information and receive between 10 and 30 percent of the amount recovered as a result of an investigation depending on the quality of the evidence they provide.

It was recently reported by Bloomberg News (July 20, 2017) that two individuals who blew the whistle on a JP Morgan scheme to overcharge investors in 2015 will split a $61 million reward. It is the largest award ever given to a whistle blower in SEC history. The previous record was $20 million.

“Basically the company was putting the investors in a more expensive product when they had an identical cheaper product,” says attorney Jason T. Brown from the JTB Law Firm in New York. “The only reason was to increase the company’s profits. It certainly was not in the best interests of the clients.”

Brown was not involved in that case but his firm, the JTB Law Group in New York, has represented dozens and dozens of whistleblowers in similar situations.

According to its website the SEC tipsters, or whistleblowers “must submit original, credible information online or by mail or fax”. Between 2011 and 2015 the SEC received 10,540 with the bulk of the tips coming from California (2,046) with New York State coming in second (950). It also received tips from outside the US – the top five locations were the UK, Canada, China, India and Australia.

The SEC website reports it has paid $158 million to whistleblowers. Unlike other kinds of whistle blowers, SEC whistle blowers can remain anonymous forever.

“The SEC whistleblower is more of an administrative process and with the benefit of an attorney you can file it in a way where you don’t even disclose the identity of the whistleblower to the SEC. It is redacted – the SEC doesn’t ever know who it is,” says Brown. “So, potentially you can stay anonymous from start to finish.”

More WHISTLEBLOWER News
Whistleblowers are so valuable to the SEC it is cracking down on financial companies that try to block the release of damaging information by asking existing employees to sign a non-disclosure agreement.

“It is generally like an omnibus separation agreement and it says you have to keep everything confidential you cannot cooperate with any agencies including the SEC,” says Brown. “If you are subpoenaed you have to notify us before you cooperate. It’s things along those lines.

“The SEC very aggressively sees that as interference and they will crack down and sanction companies involved in that process,” he adds. “Even though the agreement purports the employee has released their rights they could be entitled to an award.”

However, if you are thinking about stepping forward, Jason T. Brown will tell you – see a lawyer first.

Posted by
Paul J Wanat Jr
on August 17, 2017
Trying to find out which drugs were used

Click to learn more about LawyersandSettlements.com
LawyersandSettlements.com is an online news and information site for the general public and legal community. As a legal news resource, we have emerged as an independent & trusted voice. We provide detailed and quality information on various lawsuits filed including Whistleblower Cases, Consumer Banking Issues, and Consumer Frauds.