The Legal Landscape for Whistleblowers May Have Changed

Washington, DC: The filing of an SEC whistleblower lawsuit may become that much more focused following a recent decision by the US Supreme Court that puts the emphasis on the reporting of apparent corporate wrongdoing to the US Securities and Exchange Commission (SEC), as required under guidelines entrenched in the Dodd-Frank Act.
Read [ The Legal Landscape for Whistleblowers May Have Changed ]

Washington, DC: It was a little over a year ago that the US Securities and Exchange Commission (SEC) issued an official press release announcing that a Texas-based medical device company, Orthofix International (Orthofix), had agreed to pay $14 million to settle charges brought by the regulator with the help of two SEC fraud whistleblowers. Orthofix, which has faced a SEC whistleblower lawsuit in the past, also agreed to admit to wrongdoing.
Read [ Medical Device Manufacturer Admits to Wrongdoing, Faces $14 Million Penalty ]

Plaintiff Wants Appeal of Years-Long Claims, Defendant Opines to ‘Get on with It’

San Francisco, CA: A years-long healthcare fraud whistleblower lawsuit remains an apt example of just how long in the tooth litigation can extend. And while the current version of a health care fraud lawsuit does not resemble the characterization of the original litigation, attempts at various appeals could extend the litigation well beyond 2018.
Read [ Plaintiff Wants Appeal of Years-Long Claims, Defendant Opines to ‘Get on with It’ ]

Washington, DC: An Ohio-based chemicals and roofing company accused of gouging the federal government following an investigation resulted in an SEC whistleblower lawsuit that defendant RPM International attempted to have dismissed. On September 29, however a federal judge in Washington declined to dismiss, and the whistleblower lawsuit will move forward.
Read [ Ohio Firm Loses Petition to Have SEC Lawsuit Dismissed ]

Washington, DC: A former executive with a real estate investment trust who brought an SEC whistleblower lawsuit against his former employer has seen his case mushroom into a debate over protections for whistleblowers couched in the Dodd-Frank Act and the Sarbanes-Oxley Act. Also debated within the lawsuit, which has since been elevated to the US Supreme Court, is the relationship between the various provisions within Dodd-Frank / Sarbanes-Oxley, and those within the Securities and Exchange Commission (SEC).
Read [ Is Fired Executive’s Case an SEC Whistleblower Lawsuit? Supreme Court to Decide ] 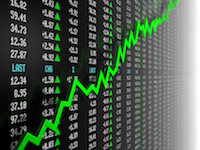 New York, NY: The US Securities and Exchange Commission (SEC) has been relentless in its pursuit of wrongdoers in the financial industry. Since 2011 it has recovered $975 million in enforcement actions ranging from elaborate investment schemes to financial advisors that work to benefit themselves rather than investors.
Read [ Tipsters Play Huge Role in Rooting Out Financial Fraud ]