Water contamination lawsuits to be selected for bellwether trial and another PFAS lawsuit is filed.

PFAS water contamination lawsuits will go to the first bellwether trial over toxic chemicals in firefighting foam in March 2023 and the latest aqueous film-forming foam (AFFF) complaint was filed last month in the Supreme Court of the State of New York. 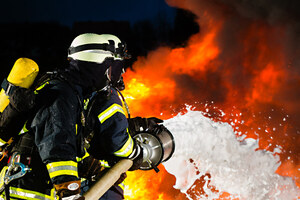 On the heels of discoveries that identified over 2,800 residential and military sites highly contaminated with PFAS chemicals released from AFFF foam run-off and manufacturing plants, more PFAS lawsuits are being filed, both by residents and military personnel. They claim the contaminated water dumped into groundwater, drinking water and soil for many years caused ulcerative colitis or cancer. As well, their lawsuits claim the manufacturers knew – or should have known—that cancers and other serious issues could develop from PFAS chemicals in their local tap water caused by the dumping and natural run-off of PFAS used in firefighting foams and manufacturing plants.


In August 2022 Judge Gergel issued a scheduling order that calls for the parties to meet and confer over their ranked preferences for which case should be the first to go before a jury, according to aboutlawsuits.com. The order recommends that, of the first bellwether trial:

The new schedule ordered: The order came after both plaintiffs’ and defendants’ requests for deadlines in the cases to be extended by four weeks.

Ernie Huizar, Ramond Williams, Donald Crook and James Paulk were stationed on a number of military bases that contain PFAS water contamination. Plaintiff Huizar, who was stationed at Camp Lejeune and other bases, claims he was exposed to high levels of PFAS chemicals. All four plaintiffs are currently being checked for cancers and other serious health issues related to the contaminated water. According to the lawsuit, all four plaintiffs and other class members have a “legitimate fear” of developing health problems due to  PFAS exposure.
READ ABOUT PFAS HEALTH RISKS LAWSUITS