On November 10, the state of California filed a perfluoroalkyl and polyfluoroalkyl (PFAS/PFOA) lawsuit in California Superior Court against 3M Co. and more than a dozen other defendants involved in the manufacture and distribution of these toxic “forever chemicals.” California v. 3M Company alleges that these substances, which have been widely used in the manufacture of products from firefighting foam to dental floss, have contaminated soil and water supplies and are now found in the bloodstreams of 98 percent of California’s 39 million people. Even at low concentrations, they have been linked to cancer and a variety of other health problems. 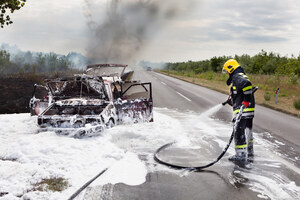 The lawsuit seeks to recoup enormous environmental clean-up costs. It also seeks to prevent the defendant companies from fraudulently transferring corporate assets to shield them from looming financial and legal liabilities.

Everywhere in the environment


For the last sixty years, PFAS and PFOAs have been used in the manufacture of wide array of products and industrial processes. These include: They are simply everywhere, and they do not biodegrade. They remain in the soil, leach into water supplies and are consumed by people, livestock and wildlife. They have been found in the breast milk of nursing mothers.


Furthermore, they have been shown to contribute to:

3M knew about the harm, but kept it secret

Despite decades of research, 3M failed to share its concerns with EPA until the late 1990s. To this day, the company continues to publicly claim that the “weight of scientific evidence from decades of research does not show that PFOS or PFOA causes harm in people at current or past levels.” According to the Complaint, these statements contradict decades of research demonstrating the serious health and environmental effects of PFAS, including internal studies conducted by 3M’s own scientists. The other named defendants allegedly also either knew or should have known that the ordinary and intended use of their PFAS products would injure the natural environment and threaten public health in California.


Clean-up appears to be possible. But it’s expensive.

It will require treatment of: The science appears to involve the use of both separation and concentration technologies and sophisticated methods of filtration similar to those used for the desalination of seawater and the removal of organic and inorganic chemicals from contaminated water. Each treatment system requires substantial capital investment to set up as well as maintenance costs for forty years or more.

To abate existing damage and protect public health, money will also be needed for environmental testing, medical monitoring and related administrative costs. The total cost clean-up and the continued protection of public health will be further developed at trial, but it is nearly certain to be substantial.

More PFAS HEALTH RISKS News
3M Company and related corporate entities to have been engaged in a years-long scheme of corporate restructuring designed to move financial assets beyond the reach of likely judgment creditors, like the state of California.

As early as 2013, 3M Company’s corporate predecessors embarked on a complicated, multi-step plan to move almost all assets of the corporate group away from one virtually insolvent entity, which held all or nearly all of the anticipated liabilities. The seventh and final cause of action set out in the Complaint seeks to void the fraudulent transfer of corporate assets and/or to impose a constructive trust on the money that appears to be taking flight. This may ultimately be among the most important forms of relief requested by the lawsuit.

The people of California, who have allegedly been harmed by decades of environmental contamination, cannot be expected to undertake clean-up and remediation costs with nothing but a moral victory against the polluters.
READ ABOUT PFAS HEALTH RISKS LAWSUITS