Monsanto Hit with Yet Another Lawsuit Over Roundup

As the manufacturers of Monsanto Roundup continue to grapple with Monsanto Roundup lawsuits alleging the active ingredient in the popular herbicide causes cancer, Monsanto has been hit with more litigation over an alleged labelling issue. 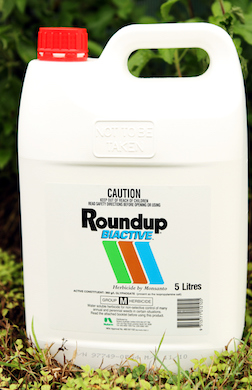 According to court documents, two nonprofits combined last month to launch a Roundup lawsuit against Monsanto, claiming that reference to the active ingredient – glyphosate – and its targeting of a specific enzyme, is misleading. Beyond Pesticides, and the Organic Consumers Association have taken Monsanto to task for noting in the Roundup labelling that glyphosate targets an enzyme found only in plants – and thus, is safe for humans and pets.

“Reasonable consumers must and do rely on Monsanto to report honestly Roundup’s effects on humans and animals and whether the enzyme it targets is found in people and pets,” the complaint said, adding that “no reasonable consumer seeing these representations would expect that Roundup targets a bacterial enzyme that is found in humans and animals and that affects their immune health.”

Monsanto has long since defended glyphosate as ‘relatively’ safe for humans and pets, citing a litany of industry-funded research. However, two years ago a branch of the World Health Organization – the International Agency for Research on Cancer (IARC) – made a determination that glyphosate is a probable carcinogen, citing research linking the active ingredient of Monsanto Roundup to non-Hodgkin’s lymphoma.

A flurry of Monsanto Roundup lawsuits have been launched against Monsanto by plaintiffs alleging Roundup triggers non-Hodgkin’s lymphoma. Monsanto, for its part has always held that Roundup is safe for humans and pets and only targets plants. In a statement published recently in The New York Times (03/14/17) Monsanto stated that “glyphosate is not a carcinogen.

“The allegation that glyphosate can cause cancer in humans is inconsistent with decades of comprehensive safety reviews by the leading regulatory authorities around the world,” the statement continued. “The plaintiffs have submitted isolated documents that are taken out of context.”

Things began to heat up, however when the judge overseeing the Roundup litigation, Judge Vince Chhabria, unsealed various documents that suggested inner workings within Monsanto and federal agencies may have succeeded in keeping the lid on government investigations into the safety, and the potential carcinogenic properties of glyphosate.

In sum, various emails reveal that Monsanto was tipped off about the IARC determination by an allegedly corrupt, high-ranking federal official within the Environmental Protection Agency before the IARC determination was officially released. That advance warning allowed Monsanto to launch a pre-emptive assault supporting the safety of Roundup in deference to the finding of the IARC.

Other revelations from the unsealed documents include the potential to have planned investigations into the safety of glyphosate by the US Department of Health and Human Services quashed. In fact, a planned review by the federal agency was never released. There have also been revelations of disagreement over safety assessments within the EPA itself, as well as disagreements in the scientific community as to whether, or not glyphosate is, indeed a probable or potential carcinogen.

Against this backdrop of alleged corruption, together with allegations of ghostwritten scientific articles produced by Monsanto but released under the bylines of friendly scientific experts, is the Monsanto lawsuit suggesting misleading labelling.

“Monsanto aggressively markets Roundup as safe for humans and animals, despite recent studies indicating that glyphosate may be carcinogenic and affect human and animal cardiovascular, endocrine, nervous and reproductive systems,” the complaint said.

More MONSANTO ROUNDUP News
The two consumer groups are bringing the Monsanto Roundup lawsuit on behalf of the general public under the District of Columbia Consumer Protection Procedures Act. The plaintiffs seek a court order that would bring disgorgement of Monsanto profits for each sale of the Roundup products in D.C., and to deposit the money into a community fund to be used for the general public’s benefit.

The Monsanto lawsuit is Beyond Pesticides et al v Monsanto Co. et al., in the Superior Court of the District of Columbia Civil Division.

Meanwhile, plaintiffs in Monsanto Roundup lawsuits alleging Monsanto Roundup causes cancer are not cheered by data revealed in The New York Times that suggests over the last two decades, Monsanto has genetically re-engineered corn, soybeans and cotton to improve the ease for application of the weed killer, with some 220 million pounds of glyphosate deployed on US crops in 2015 alone.