Over 250 Monsanto Roundup lawsuits are pending in U.S. District Court in San Francisco, and about 1,100 complaints filed in state courts, all filed by people claiming that they, or their loved ones, developed non-Hodgkin lymphoma and that Monsanto covered up the risks. And court documents do indeed indicate a Monsanto cover-up. 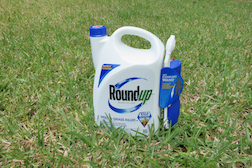 The Monsanto plot thickens. This writer wouldn’t be surprised to see a “Monsanto Cover-Up” major motion picture sometime soon. Upon reading accounts of the company’s internal memos, it brings to mind The Insider, a 1999 film starring Al Pacino and Russel Crowe. It is based on a fictionalized account of a true story based on a 60 Minutes segment about Jeffrey Wigand, a whistleblower in the tobacco industry. Monsanto too has its whistleblowers…

The non-profit organization U.S. Right to Know (USRTK) has on its website, aptly named “The Monsanto Papers” a thorough list of discovery materials, transcripts of court proceedings, depositions and other case-related items, along with a compendium of related reporting and analysis. Not yet posted on USRTK, but published at HuffPost (September 19, 2017), is a scathing article by USRTK Research Director, Carey Gillam, going back to this time three years ago when glyphosate went under scrutiny by World Health Organization’s International Agency for Research on Cancer (IARC).


Litigation began two years ago, triggered by IARC determining that glyphosate was a probable carcinogen and citing research linking it to non-Hodgkin’s lymphoma. And court records show that Monsanto was tipped off about this determination by Jess Rowland, a deputy division director at the EPA, months before IARC went public. Monsanto then began its PR attack and Monsanto executives—as per internal emails that court documents have revealed—said that Rowland promised to beat back an effort by the Department of Health and Human Services to conduct its own review. (For so much effort made by Monsanto to cover up, how did they overlook incriminating email evidence?)

This June the New York Times wrote that a federal court in San Francisco unsealed documents raising questions about Monsanto’s safety and the research practices. They included Monsanto’s internal emails and email traffic between the company and federal regulators; suggested that Monsanto had ghostwritten research later attributed to academics, and implicated a senior official at the Environmental Protection Agency (EPA) who “had worked to quash a review of Roundup’s main ingredient, glyphosate, that was to have been conducted by the United States Department of Health and Human Services.”

The court documents revealed that there was disagreement within the EPA over its own safety assessment, and now the federal court in San Francisco is challenging the industry-funded research that has long found glyphosate to be relatively safe.

More MONSANTO ROUNDUP News
Company emails further revealed ethical objections from former employees to "ghost writing" research studies that were pawned off as 'independent' analyses. Monsanto executive, William F. Heydens said in an email that the company is allowed to ghostwrite their own research and simply hire academics to edit and sign their names to the findings.

“I think it’s important that people hold Monsanto accountable when they say one thing and it’s completely contradicted by very frank internal documents,” said Timothy Litzenburg of the Miller Firm, one of the law firms handling the litigation.


The cases have been combined for handling as multidistrict litigation under Judge Vince Chhabria and the lead case is 3:16-md-02741-VC. The first trial in the Monsanto Roundup litigation is slated for June 18, 2018 in the Superior Court for the County of San Francisco.

Posted by
ralph a. applegate
on June 20, 2018
I have proof and you do not even have presence of mind to contemplate that ?