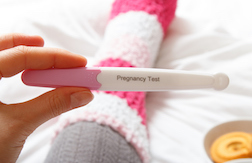 Implanon is a birth control implant placed under the skin of a woman's upper arm. The implant is designed to prevent pregnancy for around three years, and is intended to be retrievable if women decide in the meantime they would like to become pregnant.

Unfortunately for some women, the decision to remove the implant uncovered a horrifying situation in which the Implanon could not be found and therefore could not be retrieved. This means the women are at increased risk of side effects linked to the device migrating throughout their body, and are at a risk of infertility.

In March 2016, the FDA updated Implanon's label to include the risk of device migration. In some cases, if the device can be found surgery may be needed to retrieve it. According to Merck's Implanon label, implants have reportedly been found in blood vessels, including a blood vessel in the lungs (the pulmonary artery).

"Special procedures, including surgery in the hospital, may be needed to remove the implant," Merck's documents state. "If the implant is not removed, then the effects of IMPLANON will continue for a longer period of time."

More DEFECTIVE PRODUCTS News
Lawsuits filed against Merck and Organon allege the companies did not warn women about the risks associated with the devices, including the risk of the device migrating and becoming irretrievable. At least one lawsuit has also been filed alleging wrongful birth, after a woman was implanted with either Implanon or Nexplanon (medical records contradict each other concerning which implant was used).

Posted by
maryann Wooden
on August 10, 2017
My daughter Lynnsey Christa used IMPLANON. She had never experienced anxiety or depression until she got the implant. We could not find a doctor to remove it so the synthetic hormone which her body was rejecting, continued to be released every day. 151 days after she got it, she died. Diana Zuckerman, PhD president of National Center for Health Research in Washington DC and I believe IMPLANON played a critical part in her death. Congressman Eric Swalwell"s Health Advisory Board has sent a FOIA request to the FDA but 3 years have gone by with no results. Diana and I believe the implant was submitted and approved under the wrong category. It was submitted as a combination drug. As a combination drug, the device does not have to be tested. We believe due to the amount of the synthetic hormone, which has been proven to be dangerous at those levels, the birth control should not have been approved without the device being tested. (undetectable by an x-ray) We asked for the results of all clinical tests submitted for approval to verify our belief. My daughter died in September of 2012. I have been researching the product since then. One thing I am continually surprised at: There are law suits for every other adverse drug effect for this birth control, yet they will not represent me or the other millions of women who suffer as my daughter did. Why? The quality of life is certainly as painful and destructive as any of the other side effects. I watched in horror as my daughter's life was taken from her and could not do anything to help her. Many doctors refuse to remove this "Bad Drug" and as a result, my daughter is dead. Thank you for your time. Sincerely Mary Ann Wooden. Please look at the site below. It is a quick read and well worth the time
http://www.experienceproject.com/stories/Use-Implanon/3084386