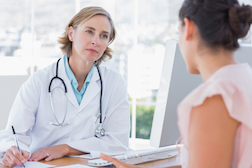 Implanon is a birth control implant that is inserted under the skin of a woman's upper arm to prevent pregnancy for up to four years or until the woman has it taken out, whichever is sooner. The issue, however, is that there are reports the Implanon device can migrate, possibly making it irretrievable. This means the device stays implanted and women are put at risk of suffering side effects associated with long-term implantation. Furthermore, women who want the device extracted so they can become pregnant will likely not be able to if the device cannot be retrieved.

In March 2016, the US Food and Drug Administration (FDA) updated the Warnings and Precautions section of the Implanon label to note that it was aware of reports of device migration, possibly related to deep insertion of the contraceptive. The agency also noted that it was aware of postmarketing reports of "implants located within the vessels of the arm and the pulmonary artery, which may be related to deep insertions or intravascular insertion."

More IMPLANON News
At the time, FDA discouraged exploratory surgery without knowledge of the exact location of the implant, and warned removal of deeply inserted implants should be conducted with caution to prevent injury.

"Failure to remove the implant may result in continued effects of etonogestrel, such as compromised fertility, ectopic pregnancy, or persistence or occurrence of a drug related adverse event," the FDA noted.

In the UK, Implanon has been approved for use since 1999. In 2011, the BBC aired a report that almost 600 women had become pregnant while using Implanon and some medical professionals reported issues with implanting the device. In some cases, women alleged the implant had not been properly released by the applicator, meaning the device had not been implanted.

Some women have filed lawsuits against Merck and its subsidiary, alleging they have been exposed to a continuing risk of side effects thanks to Implanon device migration.