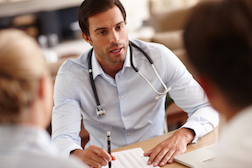 Because it is a birth control implant rather than an oral medication, Implanon's alleged side effects are somewhat different from those linked to pills. According to lawsuits filed concerning Implanon, women who have the birth control implant are at an increased risk of having the device migrate, making it irretrievable. This is a problem because some women may use Implanon in the short term but decide to have children later and have the device taken out. Further, Implanon is only meant to be implanted for three years.

More DEFECTIVE PRODUCTS News
If the device cannot be found, it cannot be removed. That puts women not only at a risk of not being able to become pregnant for as long as the device releases progestin in their body, it also means those women could be at a higher risk of side effects linked to the extended exposure to progestin or linked to having a device moving through the body. Among those risks are a reported increased risk of ectopic pregnancy and a risk of vascular damage. Merck's own Implanon documentation notes that implants have been found in blood vessels, "including a blood vessel in the lung."

Other side effects linked to Implanon, according to Merck, are mood swings, weight gain, and depressed mood. The drug maker notes that some women may require surgery to remove the implant, if the implant is not found at the insertion site.

"If the implant is not removed, then the effects of IMPLANON will continue for a longer period of time," the drug label notes.

Merck, maker of Implanon, faces a lawsuit filed by women who allege they were not properly warned about the risks associated with using Implanon. They further allege that Merck and Organon designed and manufactured a defective device, fraudulently misrepresented the birth control implant and breached their warranty.

Posted by
Sophia Mack
on March 26, 2020
I had my daughter 2012 in March i got the implanon in april come this april will be 8 years and they still cant find it till this day. Shit is crazy to me and i cant get no help no where mind u. In 2017 i got a second obr place in thr same arm as the first one start having trouble so in 2020 feb they got the second one out and still cant find the first one. I really need help.
Posted by
Lawilleve Jones
on February 1, 2019
I have had the device since 2012. We have had periods that have lasted for months at a time. Numbness in my hands
Posted by
Crystal
on January 16, 2019
I used nexplanon for about 2 years and I bleed everyday.
Worst experience ever
Posted by
Nissa Nicole Kinyon
on December 13, 2018
Implanton 2010 making me sick?

I had my daughter on september 25th, 2010... a couple months later (2010/2011) I choose the implaton as my birthcontrol... I have had a slew of issues, all of wich go primarily undiagnosed, or choped up to a simple catch all. For years ive felt like something was off. Ive been scared ive had cancer or something cronic for years now with no explanation.
I also remember my dr. Tellling me something at the time, i cant seem to find anywhere. She had mentioned that the implanton came in different doses. Now i remember her saying one was short term 2-3<years, then 5-8<years, and (this is what i cant find online anywhere) and a 8-10<years..... i thought i chose the middle dosage, but i remember saying i wanted it as long as i could. Up until recently i had every intention of leaving it in for 10 years. I assume its still effective, i had been on the depo shot initally, however i got pregnate at 19 (surprise!) when the depo was at its peak effectivness (first shot, 2.5 mo later second shot, 2 mo later on dec. 25th, i conceived (hadnt had intercourse months before and months after). I found out at 6 weeks, and it all developed from there.
After i birthed my perfectly healthy girl, i breastfed. I waited almost 3 months before getting on birthcontrol again, terrified of gatting pregnant too soon.
Needless to say, its 8 years later and ive barely had a period, let alone another unplanned pregnancy. Which is concerning cuz my family is kinda known for having babies, both young and later in life.... but something tells me i dont have ta worry about that, if anything i feel like if i wanted ta have kids i wont be sucessful with a dr.s assistance.....
Most importantly, ive been feelin worse and worse every year, and im starting to feel like I have cancer or organ failure or some other silent killer.
The last 5 years, my symptoms have not only compiled but have become at times unbareably severe. Ive made a list of the symptoms ive been cronically suffering since 2013.....

-Ringing in the ears that may pulsate with your heartbeat

-Auditory hallucinations/hearing music or voices when nothing's there

-Seeing flashes of light/ burning brightness even when eyes are closes

-Shaking and blurry vision that comes in waves

-Neck, shoulder pain on my left side

-Numbness/sleepy tingling sensatiom in my face around mouth and eyes

-Numbness from my face down my left arm to my fingers.

-Extemely painful swollen/locked joints, esp my wrists and fingers (a friend tried to force my finger apart once. The next day my hands were blue lookin like someone drew in my tendens with a black sharpie... drs could explain it. Said it was anxiety and dehydration... but it happens almost monthly now)

-Shorness of breath and labored breathing


I guess im just wondering what to do and whether my symptoms are being caused my my implation. Im also currious whether i was Misinformed by my dr about when to have my implanton removed. If it wasnt for the comercials on tv, i wouldnt have even know to ask for help or that my birthcontrol may be why im having these life hindering symptoms.

Thank you for your time,


Posted by
LaTrice Johnson
on October 14, 2018
I experienced some arm and hand numbness and tingling and when it was time to get my implanon device removed in my Dr's office, he was unable to locate it. The device had moved down into the muscle close to the bone and had to be surgically removed. This was about 4 years ago and I still experience tingling, numbness, and mild pain and heaviness in that arm.