Various MRI risks, such as MRI contrast side effects directly impacting the kidney (contrast agent toxicity resulting from poorly performing kidneys, which some refer to as MRI kidney), is not the only risk associated with magnetic resonance imaging. Patients with pacemakers can also experience MRI health risks, which leaves a doctor with somewhat of a conundrum—the risk of ordering an MRI on a patient with an implanted defibrillator v. eschewing the MRI and risking ill health stemming from whatever the MRI was intended to identify and isolate. 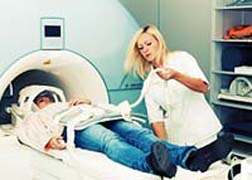 Bruce Wilkoff, president-elect of the Heart Rhythm Society, hails from the Department of Cardiovascular Medicine at the Cleveland Clinic. In comments published January 19 in Medical Device Daily, Dr. Wilkoff noted that while there remains conflicting information about the impact an MRI can have on an implanted device, the fact remains that some degree of impact is possible.

For example, MRI health risks affecting patients with implanted medical devices can run from heating of the lead tip which could damage heart tissue and result in a malfunction, to the triggering of an unnecessary response from the device that could pose a danger to the patient.

"We know that those things can happen," Wilkoff said. "We also know they don't happen that often, but they do happen."

Patients with weak or malfunctioning kidneys will have an issue with an MRI contrast agent given the need to expel the contrast agent from the body quickly upon the conclusion of the scan. To that end, the continuing evolution of the relationship between MRI and kidney failure now requires an analysis of kidney function prior to MRI, followed by MRI dialysis in order to rid the body of the contrast agent in a timely manner.

While patients with healthy kidneys usually do not have that issue, those with implanted medical devices such as defibrillators represent a risk due to the intense magnetic field associated with MRI. With the aging baby boomers now hitting retirement, the largest segment of the population will soon see an increasing number of implanted medical devices.

More MRI HEALTH RISK News
To that end, the Journal of the Heart Rhythm Society (JHRS) in January published the results of a worldwide trial involving a new product from Medtronic known as the Revo pacemaker. Testing on patients in Canada, Europe, the Middle East as well as the US showed that the Revo pacemaker is capable of exposure in a controlled manner to MRI without negatively affecting the patient or the pacemaker system. Neither the pacemaker hardware nor the software—both of which are designed to withstand MRI—revealed any deviation from standard operation following controlled MRI.

It should be noted that the Revo pacemaker has yet to be formally approved. However, a US Food and Drug Administration (FDA) advisory panel gave the device its blessing last spring.

While the medical device advancement appears promising, there appears to be no corresponding advancement in the arena of MRI contrast agents that would prove to be a safer option for MRI kidney.
READ ABOUT MRI HEALTH RISK LAWSUITS