The Importance of Post-MRI Dialysis for Kidney Patients

Adverse reactions from MRI contrast side effects are especially dangerous for any patient suffering from kidney disease. It is important that kidney patients receive MRI dialysis immediately after undergoing a magnetic resonance imaging (MRI) procedure with a gadolinium-based contrasting agent, in order to rid the body of gadolinium as soon as possible. 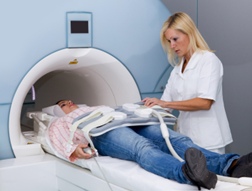 The importance of immediate post-MRI dialysis for kidney patients is brought home when one reflects on the concept of dialysis itself—the mechanical cleaning of blood on behalf of the kidney, which either no longer functions or works at reduced capacity. The kidney performs a vital function in the regular cleansing of blood necessary for optimum health.

When a gadolinium-based contrast agent is allowed to remain in the body, rather than excreted by way of the kidney, or through dialysis, it can prove toxic. They are considered safe for use in MRIs for most people, but those with weak or malfunctioning kidneys are at risk of having the gadolinium contrasting agent remain in the body for inordinate periods of time.

This heightens the risk of nephrongenic systemic fibrosis (NSF), a disorder characterized by the hardening and thickening of the skin around the joints, a situation that has also in some cases affected internal joints. The disease cannot be disfiguring and immobilizing. Some patients have described the affliction as imprisonment in their own bodies.

Regulators began urging the manufacturers of MRI contrasting agents to affix warnings for NSF to product labels in 2007—four years after the case of Birthe Madsen—the first known kidney patient to die as a result of using a gadolinium-based contrast agent—was revealed.

According to the 6/17/10 ProPublica blog, Madsen actually succumbed to a lung embolism in 2003. However, the kidney patient became gradually immobilized after an MRI procedure that used a gadolinium-based contrast agent.

More MRI HEALTH RISK News
Madsen, a Dane, already suffered from impaired kidney function when she was injected with Omniscan, manufactured by GE Healthcare, in January 2002 for an MRI to determine whether her veins were sufficiently robust to withstand a kidney transplant. She soon suffered from crippling symptoms and eventually died in October 2003 at the age of 55.

While Madsen died of a pulmonary embolism, a medical review by the Danish government insurance agency Patientforsikringen concluded that the immobilization that eventually lead to her pulmonary embolism "was caused by the acknowledged pharmaceutical injury."

Hundreds of lawsuits are pending against GE Healthcare alleging MRI health risks, especially health risks that emerge through a combination of MRI and kidney failure. Immediate dialysis is thought to significantly reduce the risk of NSF and other heath risks associated with gadolinium. It's when this fails to happen that patients—especially kidney patients—face the most risk.
READ ABOUT MRI HEALTH RISK LAWSUITS