Attorney Intends to Expose Bayer, the Maker of Magnevist

At the nation's first Nephrogenic Systemic Fibrosis (NSF) trial in January, attorney Larry Gornick intends to prove that Bayer Healthcare Pharmaceuticals, Inc., the maker of Magnevist, could have made a safer and more stable product but chose not to bring it the US purely for financial reasons. 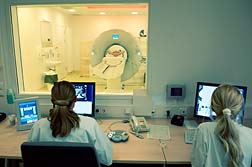 "One of the reasons why this lawsuit is so compelling is because Bayer knew—for at least 15 years—how to make a GBCA that was less likely to release free gadolinium (a toxic heavy metal) into people's bodies," says Gornick.

Bayer made a safe contrast agent called Gadovist and started selling it in Canada and Europe in 2000, but they didn't sell it in the US. Adds Gornick: "Not only did Bayer know how to make a safer product, they actually made it and sold it."

"We have clear evidence that shows why Bayer chose not to bring Gadovist here," he says. Magnevist was the first contrast agent on the market, with greater than a 50 percent market share, so Bayer didn't want to do anything that might jeopardize Magnevist's sales. Competitive pressures were fierce in the US by the mid-1990s, so Bayer knew it couldn't charge more for Gadovist, which costs more to make than Magnevist.

"If Bayer brought Gadovist to the US and cannibalized Magnevist, their profit margin would decrease," says Gornick. "So they chose not to bring a safer, more stable product to the US purely for financial reasons.

More MRI HEALTH RISK News
"We also intend to prove that Bayer targeted patients with severe renal impairment for MRI and MRA procedures with Magnevist without having done any studies that actually showed that their contrast agent is safe in people with severe renal/kidney impairment."

Levin Simes Kaiser and Gornick LLP currently represents about 50 people with NSF. The law firm has filed cases in the California state courts and federal court. All California cases are coordinated before Judge Richard Kramer in San Francisco. All federal cases are consolidated before Judge Aaron Polster in the Northern District of Ohio. (Judge Polster has the MDL.) Attorney Larry Gornick has been appointed to the plaintiffs' steering committee for the federal litigation. On December 7, 2009, one of his first California cases was assigned to a trial judge, and jury selection will start on January 25 in San Francisco.
READ ABOUT MRI HEALTH RISK LAWSUITS

Posted by
Charles Parker
on April 9, 2018
In 2016 I believe I was poisoned by the MRI dye they gave me. I told the doctors I did not want the MRI. I told them they were not safe.They told my Wife they were safe. and if I had a blood clot that would be the best way to tell. I know the dyes can shut down your kidneys.and I wanted no part of that. I was in a small Hospital In Perry Fl. They were trying to get me ready to go to a bigger Hospital in Tallahassee. I was in the Perry Hospital for 9 hours before they ship me to Tallahassee. I had already been to the hospital about a week before. The doctor sent me home because I would not get a Cardiac Catheterization.I fought with the doctors about the Dye. I went to the Hospital because I have congestive heart failure and my water had built up really bad.because the prescriptions they gave me did not work. I told the doctor I don't need a Cardiac Catheterization I just need the water drained out of my body. the doctor sent me home and a few weeks later they had to life flight me back to Tallahassee. Before I went back to tallahassee Where The doctor sent me home. I started getting sick. I lost all my appetite my Joints started to hurt I had to get a cane then a walker then a wheel chair. my hair started falling out I started feeling dizzy. Lost 100 lbs. over time, When I told my doctor about the MRI the said that the MRI was safe.I could not eat and I was going down hill. They told my wife we just need him to let us do a Cardiac Catheterization and put in some stints and he will be as good as new. They told me I was going to die. so I let them do the Cardiac Catheterization I had that Dye put in me again and the Doctors could not find any place to put a stint. So I am not as good as new. It has been 2 years and my appetite is not all the way back. My joints hurt, I get dizzy, hands get numb. When I was in the Hospital my nurses asked me why I was not eating my food. I told her about my MRI .I cant eat. She said yes I hear that alot. So my doctor sent me home to die. I thought I was going to starve to death so I started juicing. My kidneys are going down hill. That was the one thing I wanted to happen. I have not been able to work are even drive a car. Only for a short time. I have not worked since 2016.