Lipitor (atorvastatin) is bar none one of the most popular and oft-prescribed medications out there, and remains a giant in the statin sector. Coupled with the increasing incidence of physicians opting to prescribe a statin as a preventative for patients who are at higher risk for cardiovascular disease or stroke (rather than for treatment of an actual event), there is little doubt as to Lipitor’s weight and profile. However, the risk for atorvastatin type 2 diabetes has been a cause for discomfort amongst statin patients, and has driven many to file a Lipitor lawsuit. 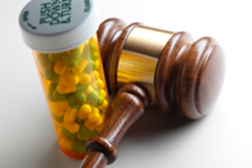 To be fair, Lipitor is not the only statin that puts patients at risk for developing type 2 diabetes, regardless of family history and other risk factors. Nevertheless, plaintiffs in lawsuits claim that prior to February 2012, when the US Food and Drug Administration (FDA) mandated that the manufacturers of Lipitor and other statins include associated risk to blood sugar levels, evidence of warnings as to diabetes risk was little to none.

To that end, one plaintiff in a Lipitor type 2 diabetes lawsuit alleges that a warning as to glucose levels without specifically referencing “type 2 diabetes” is misleading and fails to serve any member of the general public who does not comprehend the relationship between blood sugar, glucose levels and diabetes. For them, a warning that fails to reference the term “diabetes” is lost.

As for Lipitor Diabetes Lawsuits MDL, a release from PRWeb Newswire (9/7/13) reports a ruling by the US Judicial Panel on Multidistrict Litigation that saw a request by plaintiffs to consolidate Lipitor diabetes lawsuits in a single federal court in order to facilitate pretrial proceedings rejected.

That said, Lipitor patients who have developed type 2 diabetes without the presence of various other risk factors - and thus allege their type 2 diabetes was triggered by Lipitor - can file a Lipitor MDL lawsuit (In re Lipitor (Atorvastatin) Litigation, MDL No. 2459 (JPML)).

Margaret Clark is one such litigant. She claims in her atorvastatin type 2 diabetes lawsuit that Lipitor warnings were too vague and came too late to be of use to her and other Lipitor plaintiffs.

More LIPITOR DIABETES News
There is much concern over the potential for adverse incidents with regard to Lipitor - and one only has to go as far as BMJ, the respected medical journal, to get a true sense of just what is possible. One statin study was released in March of this year and appeared in BMJ noting that statin patients faced a 30 percent increased risk of hospitalization for acute kidney damage within just four months of starting on a statin such as Lipitor. Two months later, the venerable BMJ was back with a statin study that suggests Lipitor patients face a 22 percent higher risk for the onset of type 2 diabetes. (“Risk of incident diabetes among patients treated with statins: population based study,” BMJ 5/23/13.)

It gives pause for patients to consider what is worse: high levels of bad cholesterol or the risk for kidney damage and atorvastatin type 2 diabetes associated with Lipitor and other statins of its ilk.

If you or a loved one have suffered losses in this case, please click the link below and your complaint will be sent to a drugs & medical lawyer who may evaluate your Lipitor Diabetes claim at no cost or obligation.
Request Legal Help Now

Posted by
Jose Delgado
on December 30, 2016
I took the drug Atorevastatin Calcium tablets 40M last yr and now again this yr and sometimes I get real bad abdominal pain right kidney pain. What should I do he the only doctor currently I see for family practice here in Tacoma Wa.

Thank you in advance for your help.

Posted by
Elsie Sibley
on November 12, 2013
I took Lipitor several years ago (would have to get the dates) and complained to my physician that it caused me muscle pains and other digestive system problems. Now, I am borderline diabetic type 2. I have not diabetes history in my immediate family. I'd like to find out if I qualify under this class action.
Posted by
Lyn Parker
on October 24, 2013
I'm reading reports about how doctors are encouraged to add things like Zetia without warning patients that the increased statin levels in the blood (enhanced by Zetia) also dramatically increases the risks associated with statins. After more than a year of taking these cholesterol "cocktails" I felt miserable- kidney and blood sugar problems (never diagnosed); severe leg cramps, constant lower abdominal pain- I felt bad all the time- The symptoms stopped when I stopped taking the meds.
Posted by
william hubble
on October 14, 2013
I taken the drug four years . Now i'm very scared of what may happen.
Posted by
david green
on October 14, 2013
I took Lipitor & was later diagnosed with type 2 diabetes
Posted by
billie Campbell
on October 13, 2013
I have developed type I I diabetes and as a patient whether I'm a female or male all who have developed this problem should have the opportunity to be a part of the litigation process from attorneys filing suit in the MDL class action and not be told at this time we are only handling cases involving only females instead of dealing with patients.
Posted by
Stewart Curet
on October 13, 2013
I have developd a borderline high blood sugar & have been prescribed & taking atvorstatin since 2012.
Posted by
CAROL MANIACI
on October 13, 2013
YES, THIS HAPPEN TO ME, BUT THE DOCTOR IS NO LONGER IN FLORIDA. HOW WOULD I BE ABLE TO PROVE IT?
Posted by
Gary Craig
on October 13, 2013
I have type 2 diabetes and have taken lipitor
Posted by
Patricia Parker
on October 13, 2013
I feel out all the necessary form to be re inburst for my type 2 Diabetic lawsuit when do I get paid I apply over 9 mt ago can you tell me when do I get some payment
Posted by
Bob B
on October 13, 2013
Lipitor and other statins give me intense tendon pain. It only stops when I stop using them.
Posted by
LAWRENCE DOVE
on October 4, 2013
I took Lipitor & was later diagnosed with type 2 diabetes