Another Dreamstation lawsuit argues that Philips knew its CPAP Sleep Machines were linked to cancer long before the recall.

Philips has been slammed with another Dreamstation lawsuit, alleging the company knew its sleep machines could cause cancers and other injuries years before the world-wide recall. 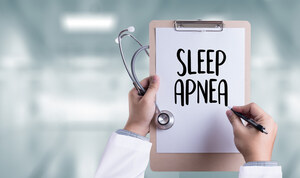 Mario Olivares filed the lawsuit mid-June in the U.S. District Court for the Western District of Pennsylvania, claiming that Philips knew for years that its sleep apnea machines were defective. The lawsuit (Olivares v. Koninklijke Philips N.V. et al, case number 2:22-cv-00877) contends that the company knew its sound abatement foam inside the devices would carry serious health risks for users. Olivares was diagnosed with urinary tract infections, bladder cancer, and kidney cancer, resulting in the removal of a kidney, and he continues to undergo surgeries for bladder cancer.


Since 2009, Philips has incorporated PE-PUR foam in its PAP devices and ventilators for sound abatement purposes, according to the complaint. PE-PUR foam can degrade into particles and off-gas certain chemicals, which is toxic and can cause both short-term and long-term health risks. Forced air passes through potentially degraded PE-PUR foam before it is pumped into the patient’s airway, thus exposing users to these toxins.

The 510(k) process and Philips


In 2012, at the request of the FDA, National Institute of Health conducted a thorough review of the 510(k) process, concluding that this “is not intended to evaluate the safety and effectiveness of medical devices with some exceptions. The 510(k) process cannot be transformed into a pre-market evaluation of safety and effectiveness so long as the standard for clearance is substantial equivalence to any previously cleared device.”

Philips used the 510(k)-clearance process for the recalled devices. In April 2021, Philips announced the launch of the DreamStation 2. Less than two weeks later, the company released its Quarterly Report, which included a regulatory update that warned its investors of “possible risks to users” related to the foam used in certain of Philips’s sleep and respiratory care devices, but shareholders were assured that Philips’s upcoming and latest generation device, DreamStation 2, was not affected. In June 2021, Philips announced a world-wide recall of certain BiPAP and CPAP devices and ventilators that incorporated PE-PUR foam.


Philips is accused of knowing about—yet chose to ignore—toxic sound abatement foam in its (CPAP) machines since 2011, when adverse events were first reported to the FDA and its MAUDE database. According to Olivares’ complaint:

2011: Respironics learned that a patient reported discovering “black dust” on her nose when she awoke the morning after using a RemStar CPAP device and subsequently underwent treatment for “intoxication” and “chest tightness.”  Philips investigated this report, and confirmed “black substance… throughout both the intake and exhaust portions of the air path…” but denied it was due to a product defect.

2015: The FDA discovered Philips was aware of the foam degradation issue when the company asked its foam supplier, PolyTech, about the durability of the foam, according to Top Class Actions.

Philips monitored message boards, such as apneaboard.com and reddit.com, and social media networks, such as Facebook, and therefore the lawsuit contends that it noticed complaints on social media, such as the following:

2018:  The user “trickyneedsleep” reported on apneaboard.com that the filters of his DreamStation Auto turned black within three
days of use.

More CPAP LUNG CANCER News
2019: The user “WSHenry” reported on apneaboard.com in a thread entitled “DreamStation Filter Contamination” that “both the pollen and ultra-fine filters in my machine were clogged with black (Carbon?) particles.” The user further noted that the “water chamber was completely dry. There were odd odors noted, and the water chamber was undamaged.” He explained that he had recently cleaned the filters and that “[t]here was only a small amount of dust on the furniture, and the machine and tubing is clean. I do not burn candles nearby, and the furnace is off. I do have the window slightly opened, as is the case nearly year-round.” The user asked: “Is it possible the contamination is from the blower?”

2019: The user “Skogcat1” reported on apneaboard.com in a thread entitled “Black sticky dust in CPAP machine” that, when using the REMStar Auto, there were “sticky black dust particles” in the humidifier chamber.

June 2021: Shortly after the recall was announced, on a Reddit thread entitled “Dreamstation Foam,” user “BOSSHOG999” posted: “I was wondering what the hell those black particles were in my tube.”

Posted by
Wendy Clark Austin
on August 21, 2022
My mother is currently comatose and before hand used a CPAP machine and I was told that sleep apnea and COPD was cause for machine.