Recent events appear to have taken debt collector harassment to a new level, with bogus debt collectors calling and harassing seniors and other innocent consumers in the state of Florida, coercing them into making payments on debt they didn’t even owe. And in Buffalo, New York, the Consumer Financial Protection Bureau (CFPB) has taken down a phony debt-collection operation that also had ties to the Atlanta area. 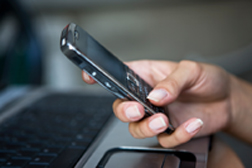 The debt collectors under scrutiny included WNY Account Solutions LLC and WNY Solutions Group LLC - among others. The CFPB alleges in its debt collector lawsuit that the agencies, using what the agency described as “fictitious” names, undertook millions of automated robocalls “to threaten, harass and deceive consumers in attempts to collect debt the consumers did not owe to them, and in most instances, to anyone else,” the CFPB said in a release.

The bill collector lawsuit brought by the CFPB alleges that defendants purchased various pieces of personal information such as dates of birth, Social Security numbers, names of other family members and employment information. The defendants then, or so it is alleged, initiated calls to consumers in an effort to trick them into believing the calls were originating from legitimate collection agencies. Unwitting consumers were accused, in the robocalls, of having committed check fraud and were threatened with calls to their employers.

In response to the unlawful debt collect harassment, many consumers released their credit card and debit card information, in order to facilitate payments.

“Our lawsuit asserts that consumers were harassed, threatened, and deceived as part of a reprehensible scheme to collect debt that was not even owed,” said CFPB Director Richard Cordray in a statement, excerpts of which appeared in The Buffalo News.

In its bill collector lawsuit, the CFPB noted that various other organizations enabled the debt collectors to facilitate their scheme. According to the report, a company known as Global Connect LLC of New Jersey undertook the robocalls. Various payment processors enabled the bogus bill collectors to access consumer bank accounts. Those firms were identified as Global Payments Inc. of Georgia, Pathfinder Payment Solutions Inc. of Maryland, Frontline Processing Corp. of Montana, and Electronic Merchant Services of Ohio.

More BILL COLLECTOR News
There are a host of rules and regulations that bill collectors must observe in order to pursue a debt legitimately - and consumers have certain rights under the Consumer Financial Protection Act and the Fair Debt Collection Practices Act. Part of the problem is that old or problem debt is often sold to junk debt collectors by other agencies without accurate or up-to-date information. All too often consumers are harassed needlessly for debt they have already paid back or debt they don’t even owe in the first place.

Then there are the scammers who make random calls to consumers convincing them they owe a debt and to make payments forthwith under a barrage of threats. Seniors are often a target.

Click to learn more about LawyersandSettlements.com
LawyersandSettlements.com - A trusted, independent legal news provider bringing quality news and information on all legal cases and lawsuits filed in United States of America to its readers since 2002. Over 250,000 legal help requests including Media/Telecom Cases, and Civil & Human Rights Cases have been forwarded to lawyers all across to the country.