A couple in Tampa Bay who were harassed by the Bank of America over mortgage payments have won a $1 million default judgment in a debt collector lawsuit. It is not known if Bank of America will appeal. The case, however, speaks volumes about what lengths debt collectors will go to collect from, and ultimately harass, a debtor. 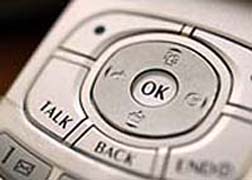 Regardless of whether or not it is even legal.

According to a report published in the Tampa Bay Times (12/10/14), Joyce and Nelson Coniglio - longtime residents of Tampa - purchased a second home in their neighborhood for $180,000 as an investment. The purchase was, at the time, affordable for the couple. However, things soon began to unravel, starting with the failure of Countrywide Financial, the lender that initially advanced mortgage funds to the Coniglios. Bank of America picked up the mortgage, which then decided in a force-placed insurance move to impose a more expensive insurance policy on the house, effectively doubling the payments for the Coniglios to $2,800 per month.

“We would be out at dinner and they would ring my mother’s cell phone,” said Jason Coniglio, their dutiful son who was a mortgage broker at the time and was attempting to help his parents out of the mess. “Then they would call my dad’s cell phone and then when we got back to the house, there would be another message on the answering machine.”

Verbal and written requests to stop the harassing calls went unheeded. Jason Coniglio had asked the bank to redirect all calls concerning the matter to him, in order to spare his parents. Those requests were also, allegedly, ignored.

According to the Fair Debt Collections Practices Act and the Telephone Consumer Protection Act, a debt collector is required to cease harassing calls once a verbal or written request to stop the calls has been issued. Any call beyond the receipt of a cease-and-desist order is interpreted as a willful violation of the law.

More BILL COLLECTOR News
Jason Coniglio documented each and every call, and a debt collector lawsuit was filed against Bank of America under the aforementioned acts, together with the Florida Consumer Collection Practices Act. The defendant did not respond to the lawsuit filing, thus a judge in October entered a default judgment against the defendant. Bank of America after the fact petitioned the Court to set aside the default judgment, but its efforts proved unsuccessful.

The award in the bill collector lawsuit is $1,051,000 or roughly, according to the report, about $1,500 for each of the 700 calls made to the Coniglios’ cell phones as the bank practiced bill collector harassment.

Posted by
Eric Reith
on January 25, 2015
I had no idea you could do anything about this harassment. We are "sandy" victims. Displaced from our home, BOA granted us for bearance until June 2013. We then began to work with a remodificatin company (Excel)who was able to get our mortgage payment down substantially. We were so relieved! We paid them $2500.00 and was told this had to be paid in 24 hrs or the agreement would be cancelled. We were then told we needed to wait for our packet to come, sign and notarize it and our first payment would be do April 1st, 2013. Short story version, the packet never came...we called constantly and were told that they are really behind and there was a delay. This went on for a year. The rep also stated in the email that we should not make any payments untial our packet arrived or the remod would be void and our payments would be abot 6k per month. The rep we were working with suddenly disapeared and we were told there was no record of the remod and $40,000.00 has been added to our principal. I have every email correspnding with the rep, as well as the BOA notes from us, talking with them that athe rep sent me. Its unbeleiveable that they can get away with this.
Posted by
Michael Coleman
on January 20, 2015
Bank of America is the worst bank the country Their so called fraud department is the worst. I was victim of identity theft while a customer with Bank of America. They refused to do anything about it. I lost hundreds dollars and no help, not even an apology from Bank of America. I will never bank with them ever again, and will never recommend them to anyone.