The crackdown on debt collector harassment continues, with efforts by the Consumer Financial Protection Bureau (CFPB) against those of ACE Cash Express (ACE) to foster the use of bullying and other tactics aimed at forcing consumers to take out loans they neither needed or wanted. 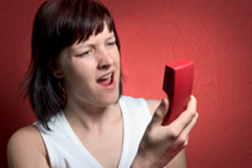 The Plain Dealer (7/11/14) reports that ACE is looking at a $10 million payout to settle allegations of bill collector harassment. There are various, legitimate processes available to a debt collector in order try and persuade a reluctant debtor to pay a debt. Harassment is not one of them, and it can often lead to a debt collector lawsuit.

That’s what happened here, in the face of allegations that ACE used bullying tactics against consumers. In this particular matter, ACE was accused of allowing third-party as well as in-house collectors to browbeat debtors with threats of a bill collector lawsuit or other criminal prosecution.

That’s a no-no in the eyes of the CFPB. Even worse, were alleged attempts to coerce debtors into taking out new loans, at a higher rate, in order to pay down the initial debt. In other words, piling debt onto debt. That kind of harassment is not allowed, either.


“ACE used false threats, intimidation and harassing calls to bully payday borrowers into a cycle of debt,” said CFPB Director Richard Cordray, in announcing the settlement earlier this month.
The CFPB, in attempting to crack down on illegal debt collection tactics, is feverishly updating its policies and protocols to better reflect the online sources now available to consumers, and the manner in which unlicensed operators harass consumers with illegal, unfair and sometimes inhumane tactics that cause consumers needless anguish - not to mention harassing a debtor’s friends and family in equal measure.

ACE will pay $5 million in penalties for its illegal activity, as well as another $5 million to borrowers who may have been wronged in the harassment process. It was not articulated whether or not ACE was required to admit to any wrongdoing.

The target of the allegations in the bill collector lawsuit is based in Texas and was modeled after a “culture of coercion,” according to the CFPB’s Cordray. It has been reported that a training manual made available to trainees at the company references an expectation that “the customer exhausts the cash and does not have the ability to repay,” following issuance of the initial loan.

More BILL COLLECTOR News
According to the manual, which was reported as being issued in 2011, once the debtor shows signs of an inability to pay, the next step identified in the cycle is to contact the debtor and attempt to issue a second loan at a higher rate of interest, in order to pay off the first loan. Should the debtor fail to respond, the file is then sent to collections, which in turn attempts to coerce the debtor into yet another loan.

It has been reported that various forms of illegal debt collector harassment were used to try and coerce debtors into either signing up for a new loan to cover the first or to pay off the first loan with money they didn’t have.

Many debtors are fighting back with a debt collector lawsuit. Other lawsuits are triggered through on-site investigations, which was the catalyst in this case for the CFPB’s action against ACE.

Posted by
Tara
on May 20, 2016
Today I received an email stating that they have taken a warrant out for my arrest and will be in contact with my employer. I have never even received funds from this company. I just think that this is the biggest scam ever. The claim is that I owe them Over $900.00. Shame on Ace cash express. Running a scam trying to scare up money.
Posted by
Stephanie
on December 16, 2015
They are always emailing me tellimg me that they are sueimg me for check fraud and all kinds of things and that the fbi is working with them on this case. I never took a loan out with these people.
Posted by
Teresa
on October 13, 2015
Ace cash express deposited $569 in my account so i could send back to them by moneygram for verification that i was trustworthy of a loan. I did so, they said someone told me the wrong name and i needed to do it again. They deposited another $569 and i sent it back by moneygram also. The next day, my account was negative $1,117.66 because the money they deposited AND i sent back to them, got charged back. I am currently looking to file a lawsuit for this.
Posted by
Brenda
on August 13, 2014
They called my family and told them I had two hot checks in which I don't and they are with Johnson county looking for me ...so I called them and they said I took a loan with ace and if I don't pay they are going to take my car and drivers license away. So I called ace and they said they sold it to national credit solutions in which gave it to Delray and Delray gave it to lock heart..theyrterrible
Posted by
Patricia lejeune
on July 31, 2014
Yes I was harassment by this people so much I don't do and business ,they would call and tell me they were going to sue me ,or if I did pay they would take my car from me ,or come to my house ,