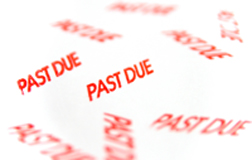 According to Detroit Free Press (6/17/14), Lisa Ratliff regularly paid her Kohl’s bill, but when she owed $20 on her Kohl’s account, she started receiving both automated and live operator phone calls, repeatedly. Despite her request that they stop calling, the phone calls continued. The lawsuit alleges Ratliff received 22 phone calls in one week.

Ratliff says she had every intention of paying the $20 bill, but the phone calls, which started in November 2013, kept coming. Her $20 bill is now up to $100 in fees and interest, but that amount is minor compared to the damages Ratliff could be awarded in court.

Under the Telephone Consumer Protection Act, a collector can be charged $500 per call or up to $1,500 per call if they knowingly broke the law. Under the law, it is illegal to call a consumer’s cell phone or use a prerecorded voice without the consumer’s permission.

More BILL COLLECTOR News
According to the Consumer Financial Protection Bureau (CFPB), one of the top complaints about debt collectors involves consumers being harassed for debts they do not owe. The CFPB estimates it received more than 30,000 consumer complaints concerning the debt collection market between July 2013, when it first began accepting debt collection complaints, and December 2013.

Complaints involved original creditors, such as banks and companies, and third-party debt collectors. In addition to complaints about being harassed for debts they did not owe, consumers reportedly filed complaints concerning aggressive communications tactics and taking or threatening an illegal action.

According to the CFPB, there are more than 4,500 debt collection firms across the US. The CFPB has taken regulatory action against debt collectors who collected money on loans that were invalid. Meanwhile, consumers have filed lawsuits of their own, alleging illegal practices on the part of original creditors and debt collectors.

Posted by
DAVE SPEIDLING
on May 24, 2016
Sounds to me like you tried to pay a lesser amount because you are cheap.I have been a client of theirs for years. They have been in a business for 35+ years the reason they are successful is because the are persistent.The only one who uses the word harassment or illegal is usually the one dodging paying his bills.Collections are under no obligation to settle an account they don't all purchase debt.
Posted by
Paula Bartlett President
on March 18, 2016
Wrong! Saba & Associates does not harass or use illegal means for collections.
Posted by
Ahmad Gibson
on July 12, 2014
I have a collection agency trying to collect an amount that is vastly different than what was really owed. I tried to settle the debt with the creditor before this stage, the creditor refused. The collection agency, Saba and Associates, is known for harassment and other illegal activities. I would love to sue everyone involved!