There is a vast difference between getting a friendly call, a nudge, a gentle reminder when you’re a bit late on your debt repayment, and the intrusion and sometimes cruelty that is the bastion of debt collector harassment. And while there are various laws and statutes that govern debt collector conduct, it hasn’t stopped them from making a nuisance of themselves, not to mention finding ways to skirt around laws in the process. 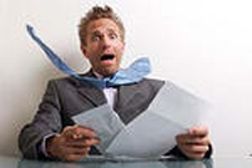 Now, a recent decision by the US Court of Appeals, Eleventh Circuit places the issue into the brighter light of clarity.

The case in question is Osorio v. State Farm Bank FSB, F.S.B., 2014, US App. LEXIS 5709 (11th Circuit March 28, 2014). In the matter, a consumer had provided a third-party number in association with an application for insurance. When the policyholder failed to pay the balance due in a timely manner, the insurer started making autodialed calls to the third party.

However, the opinion of the Eleventh Circuit may make it easier for plaintiffs to file lawsuits, and may provide increased headaches for debt collectors bound by the TCPA.

The Court held that it’s okay for the third party to be called, due to an assumed prior express consent deemed to have been provided as the result of the third party having an agency relationship with the subscriber, or in other words the individual who took out the policy in the first place.

However, where it gets sticky - and the basis for additional lawsuits under the TCPA - is the area that addresses revocation of consent. Under the FDCPA currently, debt collector harassment can stop provided the consumer being harassed directs that such harassment be stopped in writing. In other words, the debt collector can keep attempting to collect by way of phone calls and written correspondence - within reason, and within the guidelines set forth governing the conduct of the collector - until a party receiving the calls and correspondence asks that the bill collector harassment stop. That request has to be made in writing. At that point, it is incumbent on the bill collector to stop, take a breath, and officially verify the existence of the debt and its status.

The trail can be murky at best

This is an important point in the debt collector harassment arena, due to the constant swapping, horse trading, vending and purchasing of existing debts by a myriad of collection agencies. Debts that often change hands in this way suffer from watered-down data. Addresses can change. People move. Debts may have actually been paid off in full, and yet the calls keep coming. Hence the need for a way in which the debtor can ask for the debt collector harassment to stop, at least until the collector can verify the status of the account. It just may happen that the debt has changed hands so many times, the collector can’t verify it.

More BILL COLLECTOR News
In this way, an individual suffering from debt collector harassment and with a bill collector at the other end of the line, only needs to say “stop calling me” and that would constitute a revocation of consent to call.

What about robocalls or automated calls? Same thing. The Eleventh Circuit holds that a consumer can orally revoke consent to receive autodialed calls as well.

It could even threaten the entire automated calling industry, and spell an end to robocalls, especially if the Eleventh Circuit upholds a lower court ruling in another case.

Either way, it spells a “win” for those who have ever been subjected to debt collector harassment.

Posted by
Darcel Chambers
on July 6, 2014
Fingerhut has obtained my information erroneously and somehow opened an account on my name & address. I emailed them and requested they not send me anything and that I HAD NOT REQUESTED A LINE OF CREDIT FROM THEM. They never sent me any products but weeks later started sending me a bill. They have even reported on my credit report that I have an account and it is delinquent. What else can I do?
Posted by
Brian Neiferd
on July 6, 2014
WHAT ABOUT JG WENTWORTH CALLING EVERY DAY FOR ME TO SALE MORE OF MY LIFETIME ANNITY FROM A HEAD INJRY.tHEY ARE RELENTLESS AND HAS CAUSED MY WIFE TO BE ILL.SHE HAS KIDNEY FAILURE.IF WE HANG UP HE CALLED BACK 5 TIMES AFTER.EVERY CALL I MADE A COMPLAINT TO FCC AS I AM ON NO CALL LIST.wHAT CAN I DO