In 2011, the publisher of the venerable Consumer Reports teamed up with the East Bay Community Law Center to call upon state lawmakers and federal regulators to help protect consumers from debt collector harassment. 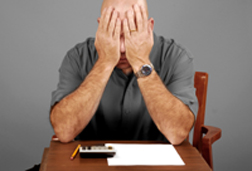 Two years later, Consumers Union is back with a renewed call to not only protect consumers from bill collector harassment, but to further restrict the capacity for companies to buy up debt for pennies on the dollar, only to stoop to mean-spirited tactics in order to collect on a debt that, in reality, may not even exist any longer.

Beyond employing unsavory measures in an effort to harass consumers, many debt collectors are filing an increasing number of lawsuits in an effort to collect - clogging up the courts and providing a basis for further harassment over debts that may, in reality, be invalid. Such a debt collector lawsuit, filed against an unsuspecting and well-meaning consumer, will often be rooted in a vacuum of information and hard data. In other words, a nuisance lawsuit meant to push a consumer even further into despair.

To that end, attempting to fight a debt collector and/or a bill collector lawsuit requires expert legal help given the number of times an original debt is bought and sold - or “flipped” - often clouding what the original debt was in the first place, and with whom, and often hiding the fact that the debt in question may have been paid long ago.

Threats to take away children, unless the debt is repaid. Collection agents working on behalf of Texas-based debt collector Goldman Schwartz, which CNN reports was shut down earlier this year by the Federal Trade Commission (FTC), allegedly threatened to have consumers jailed unless a debt was paid. Upon being jailed, consumers were told that government authorities would come in and take their minor children into custody. The collectors had no legal authority, or basis, to make such outlandish threats.

Other examples of bill collector harassment: exhuming deceased children. Collectors working on behalf of Rumson, Bolling & Associates allegedly threatened one debtor with digging up the debtor’s deceased children and hanging the bodies from a tree, or dropping them at their front door, if the debtor failed to pay outstanding funeral bills. CNN reported the firm was fined $700,000 in January by the FTC, and the incident remains as one of the worst archived in the FTC’s debt collection database.

Other examples of debt collector harassment include threats to harm pets. There have also been incidents where debt collectors posed as law firms, which is proving to be a popular ruse, according to the report. One debt collector, Unicredit, is alleged to have decorated an office to look like a courtroom for holding mock court proceedings. For that one, the Pennsylvania Attorney General has filed a bill collector lawsuit with regard to the alleged tactic.

In renewing its call for new reforms, Consumers Union notes a recent FTC report showing that debt collectors fail to verify alleged debts in half of the cases studied.

More BILL COLLECTOR News
“Too often, consumers are harassed about debts that have already been paid off or that they never owed in the first place,” said Suzanne Martindale, staff attorney for Consumers Union, in comments issued January 30 of this year. “Today’s report shows that debt buyers often target consumers even though they can’t prove that the debts are legitimate. It’s time to enact some common sense reforms that protect consumers from these unfair debt collection practices.”

Failing that, if you’re a well-meaning consumer with plans in place to pay - or having already paid - an outstanding debt, continued debt collector harassment can serve as the foundation for a bill collector lawsuit to fight such harassment, to seek justice, and perhaps give them a taste of their own medicine.

Posted by
kathy jones
on April 7, 2013
Optio solutions by posting on this lawyers website to me shows your as shady as the other collection companys! Yes, you dont have as many complaints but you have 6 with one unresolved and your rating with BBB is an a so you lost your plus sign somewhere!lol Granted much better rating thanmost but like I said your desperation shows by advertising or getting a free plugon this website so I would and am very hesitant on what your collection practices would be! If I was your boss you'dbe looking for a new public relations job behind this shamless posting!!!
Posted by
Optio Solutions
on March 28, 2013
It is unfortunate that their are some debt collectors out there that are using mean-spirited tactics to collect money such as "threats to take children away, unless the debt is repaid" and "bill collector harassment: exhuming deceased children." Optio Solutions would never use such horrible tactics. We are a BBB (Better Business Bureau) and ACA (Association of Credit and Collection Professionals) certified agency that only uses diplomatic and professional collections communication methods. In addition, we were were recently certified by the ACA for PPMS (Professional Practices Management System) and is proud to be one of only sixty ACA members to have attained this highly respected certification.

The PPMS program is based on adhering to 18 industry-specific practice and policy categories. PPMS processes improve data security, create increased awareness of compliance requirements, incorporate better staff training and provide the basis for professional and efficient handling of issues.

Posted by
Optio Solutions
on March 27, 2013
The sky is falling and these types of unsavory business practices only happen in the collections industry, right? Sell subscriptions, get eyes on the page, sell advertising space . . . Try writing an article about the root of the problem, Americans taking on and businesses offering credit to consumers who shouldn't have it. Or maybe write an article about the good that debt collectors do, I mean the good that good debt collectors do like this blog article optiosolutions.com/blog/bid/80225/The-Forgotten-Patriot-A-Debt-Collector-s-Perspective If you find yourself on the other end of the equation, needing help recovering on products and services rendered, be sure to work with an ACA-PPMS accredited collection agency.