It’s one thing to incur debt collector harassment for a debt that you duly owe and for whatever reason have been unable to fully pay. Even here, there are fundamental rights a consumer has against aggressive bill collectors. However, when a consumer is harassed for a debt that isn’t even owed, the angst and frustration is magnified. 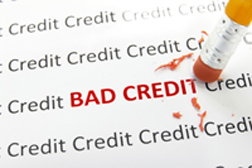 Case in point is bill collector harassment endured by a Canadian man who was hounded for a debt that wasn’t his. According to a story aired by The Canadian Broadcasting Corporation (CBC 10/14/13), Dave Johnson of Pembroke, Ontario, received a bill for $5,400 from a collection agency acting on behalf of Rogers Wireless. Rogers is a sweeping telecommunications company based in Canada that owns television and radio stations, as well as a vast cable and mobile/wireless network.

The problem with Johnson’s bill, according to the CBC, is that Johnson didn’t owe $5,400. In fact, he never even owned a Rogers wireless device. It should be noted that Rogers was not attempting to collect the bill - that job was farmed out to an outside debt collection agency, which presumably had confused Pembroke’s Dave Johnson with someone else.

No matter. When Johnson contacted the bill collector and explained the situation, it all appeared cut-and-dried. Since he never had a Rogers device to begin with, “we’ll make this go away,” the bill collector told Johnson over the phone.

But it didn’t go away. Instead, Johnson soon discovered he had a smear on his credit rating. He was subsequently turned down on a couple of credit card applications, his bank refused to allow him to co-sign on his son’s mortgage (Johnson is 61) and he was also turned down on his application to borrow against the equity he had in his home - a house that was fully paid for.

“I’ve got equity,” Johnson told the CBC. “But the frustrating part is it’s worthless to me because of this smear.”

More BILL COLLECTOR News
And he wasn’t the only Dave Johnson subjected to debt collector harassment. Another man with the same name, spelled the same way, was also in the throes of being pursued for the very same bill.

In yet another example of bill collector harassment, Deborah Bruneteau of Winnipeg, Manitoba, told the CBC she was sent a bill from an outside bill collection agency - also hired by Rogers - for $2,600 addressed to her late father, William Spence.

Spence had actually died two years prior. And the man was never in the possession of a Rogers account or used Rogers services. Rogers told the CBC it had since corrected the mistake directed at Dave Johnson from Pembroke and had taken care to restore his credit rating. The Canadian wireless giant had also been working to correct the Bruneteau/Spence file.

Posted by
anna graves
on January 13, 2014
i am being harassed by a debt collector who is calling everyong i know. they have called by job saying that federal marshalls are looking for me. they have called by ex-husband, who i have been divorced from over 30 years, and left a message on he & his wifes answering machine. they have contacted friends. and i don't know what to do about it.
Posted by
regina draughon
on January 13, 2014
I had a 2007 Pontiac g6 I bought and I voluntarily turn it back in and it was resold 2009 for$7000 but on my credit they are still saying I owe for that vehicle. do I have a case?
Posted by
Sherryl Lockhart
on January 12, 2014
I am constantly harrassed by debt collectors for hospital bills for doctors i've never heard of and in states I never received care from. I am also receiving phone calls that the police are on their way to arrest me for these debts. I am harrassed by other debt collectors for things that supposedly occured over 5-7 or more years ago. I have since then had to change my phone number as I was receiving these calls until late at night and starting early in the morning. I am disabled and have to take various medications and I was tired of the harrassment. Up to several calls a day for the same exact thing or calls every single day for the same thing even though I had already spoken to someone the day before and every day.