The Fourth Circuit Court found that a debt collector violated the Telephone Consumer Protection Act when it placed 37 calls to a debtor’s residential phone, causing him to incur a charge for each call. 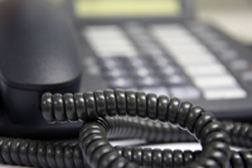 The decision of the US District Court of Maryland was affirmed, granting summary judgment in favor of debtor Kevin Lynn and against Monarch Recovery Management, for its blatant violation of the Telephone Consumer Protection Act (TCPA).

Appellant Kevin Lynn subscribed to the Voice over Internet Protocol (VOIP) telephone service for his residential line phone number in 2009. He agreed to be charged for all incoming calls to his residential number.

Between July 2010 and May 2011, Monarch called Lynn approximately 37 times using an automatic telephone dialing system. Lynn advised Monarch on two occasions that calling his number cost him on a per-minute basis - after which he was called three more times. Lynn claimed $38,000 in actual and statutory damages.

Monarch argued that the TCPA did not apply to the the calls they made under an FCC regulation that exempts calls that will not adversely affect a person’s privacy rights and do not include the transmission of any unsolicited advertisement.

More DEBT COLLECTION HARASSMENT News
However, the Fourth Circuit rejected Monarch’s argument, ruling that Monarch’s calls were governed by the TCPA. The court relied on the “call-charged provision’s plain language which encompassed Monarch calls to Lynn.” The call-charged provision plainly states that it is prohibited to use an automatic telephone dialing system or artificial or prerecorded voice for any service for which the party is charged.

The Fourth Circuit found that Congress intended the statute to protect citizens against debt collectors such as Monarch, and to impose liability on companies such as Monarch when they failed to comply with the statue.

If you or a loved one have suffered losses in this case, please click the link below and your complaint will be sent to a media/telecom lawyer who may evaluate your claim at no cost or obligation.
Request Legal Help Now