18 Soldiers Sue over Hearing Damage – Many More to Come

On March 8, 2019, Joe William Contreras, along with 17 other service members filed a 3M Combat Arms defective earplug lawsuit in the U.S. District Court for the Western District of Texas. According to the Complaint, Contreras and the other plaintiffs suffer from hearing loss because 3M Company and its predecessor sold millions of dollars’ worth of Combat Arms earplugs to the military without disclosing design flaws that rendered the product useless. 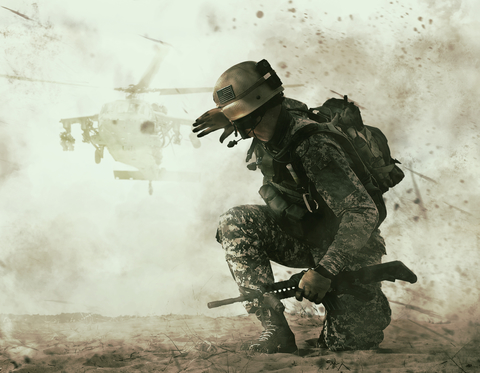 3M Company and Aearo Technologies, which 3M acquired in 2008, knew about the defect but kept it a secret to protect their contracts and their profits for a dozen years. Thousands of men and women were harmed.


In January 2000, Aearo began quality control testing on the dual-ended Combat Arts earplugs to ensure that they met the military’s required specifications. The testing was conducted in-house on a small group of test subjects that included its own employees, a circumstance that would ordinarily have called into question the possibility of bias. Nonetheless, the earplugs failed. The testing was promptly stopped.

Aearo thereafter discovered that the stem of the earplug was so short that it was difficult to insert it deeply enough into the wearer’s ear canal to obtain the proper fit. The solution was to instruct earplug wearers to insert the earplugs in a specialized manner, not intuitively obvious to someone without the special instructions. When tested on wearers who followed the new instructions, the earplugs provided hearing protection that met the required standards. The testing was conducted, however, on only the end of the earplug designed to block the maximum amount of sound. It was not conducted on the end of the earplug designed to permit the wearer to hear normal speech while still protecting him or her from damaging high-decibel sounds, like artillery fire.

Aearo then misreported the results of the testing to suggest that both ends of the earplugs met military safety specifications. It also failed to pass along the information about the specialized instructions for insertion.

On the basis of this faulty testing and the false representations, which Aearo and ultimately 3M Company re-certified on multiple occasions, the companies won indefinite quantity contracts worth millions of dollars. 3M Company and Aearo were the sole providers of earplugs to the military between 2000 and 2012.

Many stories, a common thread


Joe Contreras served in the Army from 2000 to 2014. He was provided with dual-ended Combat Arms earplugs, which he wore while training at Fort Hood and deployed in Iraq and Afghanistan.
He was never warned of any defect or given specific instructions about how to use the earplugs. He had no hearing impairments prior to his enlistment, but now suffers from tinnitus, a persistent ringing or buzzing in the ears, which is a symptom of hearing loss and can be caused by excessive noise exposure. He wears hearing aids.

Other plaintiffs served in the Navy, the Marines or the Air Force. Some served in only Iraq, Afghanistan the Middle East or only stateside. Many had multiple deployments. There is also a range of hearing injuries.

None, however, suffered from tinnitus or other hearing loss or injury before serving. All were issued 3M Combat Arts dual-ended earplugs, which they used, without the benefit of specialized instructions. All now suffer from some level of hearing impairment.


Given the number of people who may have been harmed by the defective equipment, it is hardly surprising that as many as 50 lawsuits are now pending.

In July 2018, 3M Company agreed to pay $9.1 million to resolve allegations that it knowingly supplied defective Combat Arms Earplugs to the United States military. The case was initially filed in 2016 as a whistleblower lawsuit under the provisions of federal False Claims Act. The allegations were made public in 2018, when the Department of Justice intervened in the case. Although the settlement does not admit wrongdoing, it provides powerful factual background for ensuing lawsuits.

More 3M DEFECTIVE EARPLUGS News
Many of these, like Contreras are individual lawsuits, although sometimes with many plaintiffs. Some are seeking class action status. As of March 28, 2019, the U.S. Judicial Panel on Multidistrict Litigation (JPML) is considering a motion to centralize all federally-filed product liability claims involving 3M Combat Arms defective earplugs.

If the JPML does agree to centralize 3M military earplugs claims, all currently pending cases, as well as any filed in the future, will be transferred to a single U.S. District Court. The panel will appoint one federal judge in that jurisdiction to oversee and coordinate discovery, motion practice, and other pretrial matters.

Whatever shape the litigation ultimately takes in the future, it seems that the service men and women who were harmed by defective equipment will finally have a chance to hold accountable the manufacturer who profited from their loss.