Defective 3M earplugs lawuits filed by individual veterans piling up after a settlement with the U.S. Military

From Minnesota to Texas to California, about 2,000 defective earplug lawsuits made by the 3M company and Aero Technologies (bought by 3M) have been filed by U.S. veterans, many of whom suffer tinnitus and permanent hearing loss. These lawsuits have been pouring in since 3M agreed in the summer of 2018  to pay U.S. military branches $9.1 million to settle government allegations that the Maplewood-based company supplied defective earplugs. 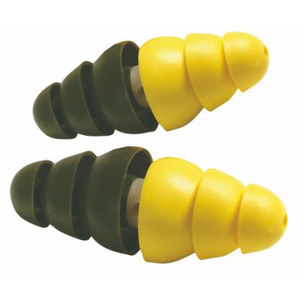 About 40 recent lawsuits have been sent to federal court in Minnesota at 3M’s request. Other complaints have been consolidated into a multi­district litigation (MDL) case being handled by a federal judge in the Central District of Florida, and the Minnesota cases could also be transferred to Florida.

Combat Arms earplugs could be worn in an open or unblocked position with the yellow end inserted which would reduce loud sounds like gunfire and explosions yet allow servicemen to hear quieter sounds such as commands and approaching enemy combatants. They could also be worn in a closed or blocked position with the green end, which would reduce all sounds and operate as normal earplugs. It didn’t include a "dangerous design defect" that caused them to loosen in wearers' ears – no matter how they were worn.

Two veterans told LawyersandSettlements that they had no idea the earplugs they was issued were defective until the read about the lawsuit online. Brian and  Michael both suffer from hearing loss.


3M Denies Wrongdoing and says it is  Immune from Litigation


In records 3M filed in federal court this month, the company wrote that its Combat Arms Earplugs Version 2 (CAEv2) were designed by Aero in close collaboration with the U.S. military and in accordance “with the military’s rigorous specifications.”

In court filings, 3M asserts it is immune from litigation because the military was heavily involvement in the earplug’s development. The company plans to assert the “federal government contractor defense” and the “combatant activities defense” should the cases go to trial. 3M said the military’s involvement in designing the earplugs “went beyond merely establishing standards, and included operational features.”

Furthermore, 3M still stands by its product, calling the earplug “a revolutionary breakthrough” because it helped service members maintain situational awareness in combat. “3M has great respect for the brave men and women who protect us around the world, and their safety is our priority,” 3M said in a statement, and reported by the Star Tribune (January 22).


But court documents allege otherwise. According to internal Aearo documents, the company knew the earplugs could slip and might not have been long enough to fully protect wearers from loud noises. The dual-end or reversible earplugs were used during training and on the battlefield to provide ear protection during service. Lawsuits claim that design defects may cause the earplug to imperceptibly loosen in the ear canal, rendering the earplugs useless or less effective.


If you served in the army from 2003 to 2015 and you have suffered hearing loss and/or tinnitus  from 3M combat earplugs, attorneys advise that you file a claim now because cases can take several years to settle. If your hearing has changed, a doctor must diagnose you with hearing loss or tinnitus – it’s not enough to say that your hearing is worse than it used to be. Attorneys are filing cases against the 3M company and Aero Technologies, not the U.S. Military. Even if you are just now discovering that you have hearing loss due to these defective earplugs you can still file a complaint – in most all cases, the defect wasn’t known at the time to the wearer and the design defect was left undetected by the military until a decade later.