In the wake of a recently settled whistleblower lawsuit, hundreds of veterans are filing 3M combat arms defective earplugs lawsuits

Since a whistleblower lawsuit last was settled for $9.1 million dollars, which alleged 3M sold Combat Arms defective earplugs to the military, hundreds of US army veterans nationwide have filed lawsuits against the company. 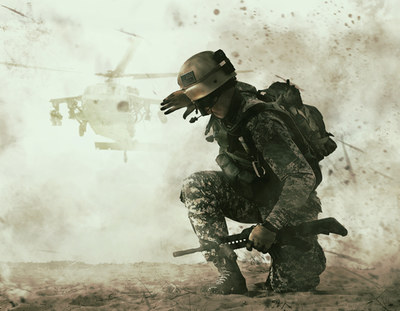 The whistleblower lawsuit, which was filed by the Department of Justice, claimed that the dual-ended earplugs, originally made by Aearo Technologies, and later acquired by 3M, were "dangerously defective" and contributed to significant hearing loss in service members.

3M sold its earplugs to the Defense Logistics Agency, despite knowing defects that decreased hearing protection, according to allegations brought by the federal government under the False Claims Act. The whistleblower lawsuit and now many veterans’ lawsuits allege that Aearo knew of the defect at least as early as 2000 (3M bought the company in 2008).

The Department of Justice in the qui tam lawsuit stated that Dual-Ended Combat Arms Earplugs used by the military between 2003 and 2015 were defective, and that "3M employees were aware of the defects ... several years before 3M/Aearo became the exclusive provider of the earplugs to the military." (The whistleblower lawsuit was filed by Moldex-Metric, Inc., a 3M competitor.)


Despite the Justice Department saying that settlement claims were allegations only, and there was no determination of liability, veterans are filing claims for punitive damages after wearing 3M’s defective earplugs and developing hearing problems. One attorney told the Military Times that these recent claims by veterans are “just the tip of the iceberg of lawsuits that will be filed in order to hold 3M accountable.”

These current lawsuits have accused 3M of fraud, deceit and negligence, and that 3M “willfully and intentionally” concealed the “dangerous and serious safety concerns” of the earplugs.

One lawsuit says that, “Since late 2003, 3M touted its Combat Arms earplugs as capable of allowing users to hear commands from friendly soldiers and approaching enemy combatants, unimpaired, in the same way as if they had nothing in their ears.” The documents allege that 3M employees knew about the earplug defects as early as 2000. (3M hired Aearo employees when it acquired the company in 2008, and 3M has assumed responsibility for Aearo’s products.)

A lawsuit further states that, although testing conducted by 3M found that the earplugs were defective, the company falsified certification stating that the testing complied with military standards. 3M sold its earplugs to the military until it discontinued the product in 2015, but the defective earplugs were never recalled and could still be used by soldiers and/or sold by other vendors.

More 3M DEFECTIVE EARPLUGS News
The dual-ended earplugs were designed to provide two different options for soldiers, depending upon how the plugs are worn. Both sides of the dual-sided earplugs were supposed to provide adequate protection for soldier's ears. If worn in the "closed" position, the earplugs act as a traditional earplug and block as much sound as possible. If worn in the "open" position, they reduce loud impulse sounds, such as battlefield explosions and artillery fire, while allowing the user to hear quieter noises like commands spoken by fellow soldiers and approaching enemy combatants. But the earplugs didn’t maintain a tight seal and allowed dangerously loud sounds to slip through without the wearer knowing, which allegedly resulted in hearing loss, tinnitus and loss of balance. The whistleblower lawsuit (which 3M settled for $9.1 million in damages without having to admit guilt, claimed that the earplugs were too short for proper insertion, which caused ”damaging sounds to enter the ear canal.”

Hearing loss is the most common service-connected disability among US veterans. In 2014 alone, 933,333 veterans received disability benefits for hearing impairment and 1.3 million received disability compensation for tinnitus – a condition that is difficult to diagnose and there is no cure. According to the U.S. Department of Veterans Affairs, more than half of combat soldiers return home with moderate or severe hearing loss. It costs taxpayers an estimated $1 billion to treat the problem.

Posted by
Howard Haberstick
on February 24, 2019
I was stationed @ Fort Sill, OK as a cannon crewmember 1982
Is there any pending lawsuit for defective ear protection devices from this timeline as I suffer tremendous tinnitus from the big guns at this field artillery base.