A federal jury heard loud and clear from plaintiff’s attorney in the third 3M earplug bellwether trial and awarded the veteran $1.7 million in damages.

In the third 3M earplug bellwether trial a federal jury determined that the company failed to provide adequate safety warnings about their combat arms earplugs. The plaintiff, veteran Lloyd Baker, was awarded $1.7 million. 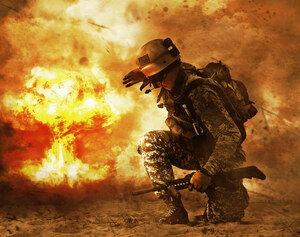 The jury determined on June 18, 2021 that the Minnesota-based 3M company was only 62 percent liable and therefore responsible for approximately $1.05 million in damages. Baker was responsible for the remaining 38 percent, according to court documents. The jury disagreed with his claims that the earplugs were defective.

“Two juries have now determined that 3M knew their earplugs were defective, yet they allowed our service members to suffer these life-altering injuries," said Baker’s lawyers Byran Aylstock, Christopher Seeger and Shelley Hutson in a statement to Reuters. "We plan to hold 3M fully accountable for the damage they have caused to those who served our nation.”

Lloyd Baker, who has been diagnosed with hearing loss and tinnitus, served in the U.S. Army from 2005 to 2012. Along with almost 240,000 other service members and U.S. military veterans who served between 2003 and 2015, Baker claims his hearing was damaged as a result of using defective 3M’s Combat Arms Earplugs, Version 2 (CAEv2). According to government data from 2015, more than 1 million veterans receive compensation for hearing loss, making it the leading service-related disability.

And because this multidistrict litigation (MDL) includes more than 240,000 cases, it is now the largest consolidated federal mass tort in U.S. history. All veterans and service members claim their hearing was damaged from using 3M earplugs that were issued for use mainly during military service in Iraq and Afghanistan.


The cases in these bellwether trials are chosen to test the strength of evidence presented and ascertain damages in order to expedite a settlement.

More 3M DEFECTIVE EARPLUGS News
During the first trial, three veterans were awarded $7.1 million who claimed they suffered hearing loss and tinnitus because of the earplugs. The second trial involving one veteran was a win for $3M.

Two more bellwether trials are slated before Judge Rogers for September and October and a third for early next year. But the Court could remand a bulk of cases to U.S. District Courts nationwide next year for additional trial dates if 3M fails to show it can consistently defend the safety of its ear protectors at trial or otherwise fails to resolve cases.

Meanwhile, 3M said it will explore options to appeal. In a statement the company said its earplugs have always been safe and effective to use, and on [June 18, 2021], a jury agreed that the product was not defective."

The case is In re 3M Combat Arms Earplug Products Liability Litigation, U.S. District Court for the Northern District of Florida, No. 19-md-2885.