A federal judge didn’t buy into 3M’s latest tactic of not claiming independent liability for military earplug injuries. Instead, the judge says 3M has abused the litigation process.

3M’s move to shift liability for military earplug injury lawsuits by placing its Aearo Technologies subsidiary into bankruptcy seems to have backfired. A federal judge has described the move as “bad faith tactics” and an “abuse of the litigation process”. 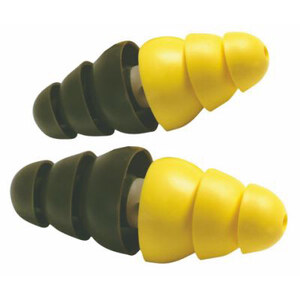 Shifting the blame of its defective military earplugs by putting Aearo Technologies into bankruptcy, 3M Company figured it could not be held liable for thousands of military earplug lawsuits.  Clearly, the company didn’t figure that two judges would prevent it from their latest defense strategy.


Late last July, the American multinational conglomerate tried to place its Aearo Technologies into Chapter 11 bankruptcy, and said at the time that a $1 billion settlement fund would be established, which was immediately dismissed by veterans and their lawyers as not nearly enough compensation to resolve the litigation. Given 115,000 filed product liability claims, with an additional 120,000 claims on the administrative docket as of last summer, its proposal would provide an average of less than $5,000 to each veteran who claimed the defective design of the earplugs caused permanent hearing or tinnitus.

(The Combat Arms Earplugs version 2 (CAEv2) were originally developed by Aearo Technologies, which 3M Company bought in 2008. 3M Company then “upstreamed” the entire Aearo hearing protection business into itself, according to About Lawsuits, and continued to sell the defective earplugs without warning about known problems that caused them to commonly fall out of the ear canal.)


Last December, 3M asked a U.S. appeals court to overturn Judge Graham’s decision. That didn’t go well for 3M either. Judge Casey Rodgers, a U.S. District Court Judge for the Northern District of Florida (Pensacola Division), agreed with hundreds of plaintiffs who filed a motion for summary judgement, seeking to prevent 3M from claiming it was not liable for earplug injuries. The judge, clearly irate with 3M’s “bad faith tactics”, barred 3M from using its new defense, noting the company tried this tactic when it was ordered to pay nearly $300 million to 13 plaintiffs in the early bellwether trials – of which there were 16 in total, and all had no indication  from 3M that it had anything but exclusive liability for alleged CAEv2-related injuries.

More 3M DEFECTIVE EARPLUGS News
“The idea here, of course, is to reconstruct 3M’s litigation narrative to align with the newly conceived bankruptcy fiction that Aearo is, and always has been, a separate entity with sole and complete responsibility for all CAEv2 liability,” Judge Rodgers wrote, and About Lawsuits reported. “Attempting to do so in this context, for this purpose, and at this late juncture is a brazen abuse of the litigation process after 3M’s nearly four years of affirmatively asserting, advocating, and wielding – to the detriment of Plaintiffs—the precise opposite position in the MDL.“

Over 230,000 claims from US military service members claiming hearing loss allegedly caused by 3M’s defective CAEv2 earplugs has resulted in one – or possibly the largest – multi-district litigation in history. For the past three and a half years, all 3M military earplug lawsuits have been centralized before Judge Rodgers in the Northern District of Florida, as part of an MDL.  Some experts predict an increasing pace of jury trials in the next few years and, based on 3M’s unsuccessful defense before prior juries, the company may need deep pockets – possibly ten billion dollars (a far cry from its $1 billion proposal) to settle its defective earplug lawsuits.
READ ABOUT 3M DEFECTIVE EARPLUGS LAWSUITS