In the second 3M earplug bellwether trial a federal jury in Florida sided with 3M –the first win in the second case alleging 3M’s earplugs are defective and caused hearing problems.

The second bellwether case of three found a Florida jury siding with 3M Co., which is the company’s first win in federal court. 3M allegedly sold defective earplugs to veterans but claims in its defense that the military is responsible for the design and delivery of the earplugs. This trial involves an estimated 240,000 total service members, 3,349 of whom have filed lawsuits. 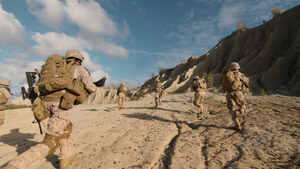 
In these bellwether cases, the parties select a set of cases from thousands that are pending to test the strength and weaknesses of the claims.

The first trial began March 29 and ended with a $7.1 million verdict against the giant company, but not before U.S. District Judge M. Casey Rodgers denied several motions by 3M for a mistrial. The jury awarded the biggest chunk of change in punitive damages to three plaintiffs:
Plaintiffs’ lawyers Bryan Aylstock and Christopher Seeger said the three were courageous in standing up “against 3M on behalf of all the veterans who now face preventable hearing loss and tinnitus as a result of the CAEv2 earplugs. The evidence is clear: 3M knew their earplugs were defective, yet they allowed our service members to suffer these life-altering injuries,” reported Law360.

However, “3M [has argued] in federal court that they should not be held liable for claimed injuries because of, among other reasons, the company is a government contractor,” Aylstock told LawyersandSettlements. “The Supreme Court has held that defense contractors have immunity from many state lawsuits when the government has a hand in designing or developing a device.”


Dustin McCombs was plaintiff in the second jury. An addiction counselor in Ohio, McCombs was deployed to Afghanistan in 2009 where he used 3M earplugs while training soldiers on how to use heavy machine guns. One year into his three years of service, McCombs noticed tinnitus following an IED blast.

According to Reuters, 3M will continue to defend itself in upcoming trials, adding that its "Combat Arms Earplug Version 2 product is and has always been safe and effective to use".

Past and Future Trials

In 2018 3M settled with the U.S. Justice Department for $9.1 million to resolve allegations in a whistleblower complaint that 3M failed to disclose deficiencies in the product. That lawsuit was filed through the whistleblower provision of the False Claims Act and all the settlement money went to the government. Since that time, thousands of individual service members and veterans have filed lawsuits against 3M claiming faulty earplugs caused their hearing loss.

The company to this day does not admit to any liability. 3M stopped selling its dual-ended Combat Arms earplugs in 2015 and has since denied it knowingly sold defective earplugs to the military for decades.