Judge says 3M can no longer use its key “government contractor defense” due to insufficient evidence.

A federal judge ruled in July that 3M ‘s defective earplug excuse cannot invoke the “government contractor defense,” which was key to 3M. The company has used this reasoning because it protects contractors from tort liability for defects in products designed and developed for the federal government, and 3M claimed its combat arms earplugs were designed in close collaboration with the military. Now that 3M is no longer immune to this defense, bellweather discovery is underway. 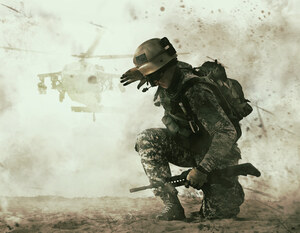 But federal Judge M. Casey Rodgers said that there was insufficient evidence "to establish the elements of the government contractors defense" by 3M. And 3M did not produce a contract forbidding them from warning about the earplugs' risk. Instead, Judge Rogers noted the Combat Arms or "CAEv2" earplug were already on the market without any collaboration with the Army.


Aearo Technologies (which was bought by 3M in 2008) began selling its earplugs to the Army in the late 1990s and 3M continued to sell the same product until complaints began to roll in.


3M is likely scrambling for a new line of defense. The company said it is “reviewing its options and continuing discovery in the case,” according to MSN.com. “We remain confident the evidence will show that the CAEv2 product, which was developed in response to the U.S. military's request and based on its own specifications and testing, was not defective and did not cause injuries," said a 3M spokesperson.

In its latest defense tactic, (or stall),  3M has asked the judge to force Top Class Actions (TCA) website (where possible complainants fill out contact forms and connect with plaintiffs lawyers—in this case earplug litigation) to turn over information on such individuals. 3M filed a motion in Arizona federal court to force the website to comply with its record request. Despite the fact that it is not a law firm, TCA says its communications with possible plaintiffs are protected by attorney-client privilege, reported LegalNewsline.

Aylstock was "pleased the court rejected 3M's attempt to blame our nation's military for its defective earplugs that have permanently damaged the hearing of hundreds of thousands of service members. 3M's own internal e-mails and testimony show how the company was aware its earplugs were defective" and "failed to inform the military,” according to LegalNewsline.

The CAEv2 earplugs were used by the military to protect their hearing. Instead, the earplugs exposed soldiers to hearing loss because the defective design prevented the devices from maintaining a tight fit. The short stem would dislodge and users were unaware that they weren’t adequately protected. 3M designed the hearing safety equipment as being dual-ended, so they could be flipped for more protection around gunfire or explosions. Users could –purportedly— reduce or block intense noise without obstructing quieter sounds such as nearby voices. The Combat Earplugs were sold to the US military so that users could hear low-level sounds that were essential to their safety while blocking high-level noises like explosions and gunshots.

More 3M DEFECTIVE EARPLUGS News
Plaintiffs said Aearo and 3M knew the earplugs were not long enough and did not work properly as designed. The MDL Judge Casey reported 139,693 claimants consolidated in the Northern District of Florida. The 3M earplugs litigation has about 200,000 cases, making it one of the largest mass torts ever.  Some legal experts expect the settlement value of 3M earplug cases to be somewhere between $30,000 and $250,000, with the value of each case depending upon the severity of the plaintiff’s hearing loss.

Currently, 3M Combat Arms Earplug litigation is in the discovery phase and more cases are being filed daily. Attorneys are still looking at claims that meet the following criteria: