Claims have been filed alleging that William Tatro, also known as Bill Tatro, recommended investments that were unsuitable for his clients, given their financial situation and risk tolerance. Among complaints regarding William Tatro and his financial company, Eagle Steward Wealth Management, LLC are that he breached his fiduciary duty to clients, resulting in massive losses to their accounts.

Send your William Tatro claim to a lawyer who will review your claim at NO COST or obligation.
GET LEGAL HELP NOW 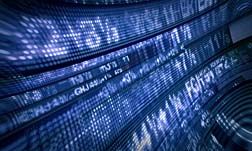 Among complaints made about William Tatro are that he recommended investments that were completely unsuitable for clients, resulting in his clients suffering massive losses—often a substantial portion of their life savings. The investments Tatro recommended were reportedly typically high commission, illiquid investments that have a higher degree of risk than clients allege they would have accepted.

Furthermore, despite a FINRA warning about leveraged inverse ETFs being highly unsuitable for ordinary investors and recommending that the ETFs be held for only a short time, Tatro allegedly recommended the product to multiple investors and held them long-term. According to investors, the result was massive losses in their accounts.

That particular arbitration, called Mid-Lakes Management Corp. vs. Eagle Steward Wealth Management LLC, resulted in an award of $530,449.00 in damages to the claimant.

According to information from FINRA, William Tatro has a lengthy list of complaints against him—more than 60 accumulated during his time as a financial advisor. Some of those complaints resulted in lawsuits against Tatro, while others resulted in arbitration claims. According to his official record over $3 million has been paid to his customers in settlements so far. Other claims against Tatro are currently pending.

Willaim Tatro owned a financial management company called Eagle Steward Wealth Management LLC. Although he operated out of New York and Arizona, his clients could live anywhere in the US. He is no longer licensed to act as a stockbroker anywhere in the United States.

If you or a loved one has suffered damages in this case, please click the link below and your complaint will be sent to a lawyer who may evaluate your claim at no cost or obligation.
Please click here for a free evaluation of your William Tatro claim
Last updated on Oct-21-11

Investors who have filed an arbitration against William Tatro allege he repeatedly recommended unsuitable investments for his clients. They allege that the use of a real estate investment trust as investments, as well as inverse leveraged exchange traded funds, was entirely unsuitable given investors' age and financial situation, and that Bill Tatro should have known that. They further allege that most—if not all—of Tatro's clients were given the same recommendations, despite investors being told that each account is tailored to the individual investor's needs.READ MORE
Ex-UBS Trader Changes Legal Teams for REIT Fraud Case

Former UBS employee Kweku Adoboli has switched legal teams prior to his court appearance next week, as the trader is heading to trial over a REIT fraud claim, according to Reuters.READ MORE
William Tatro Arbitration Filed

An arbitration claim has been filed against William Tatro, alleging Bill Tatro and his securities firms invested clients' money in financial vehicles that were unsuitable for the investors. Included in the arbitration are, reportedly, multiple former William Tatro clients, who claim they lost a good portion of their life savings to alleged William Tatro fraud.READ MORE

Posted by
Anonymous
on December 16, 2014
I was able to take an early retirement from Kodak with full benefits in 1991. I was given a lump sum payout of somewhat over $200,000. I invested the entire amount with Eagle Steward. I was to receive a monthly payment based on the interest the account was accruing.
For several years, everything worked well.
As the last half of the 1990's arrived, I recall that the balance was slowly getting smaller. This situation continued, but I assumed that things would improve. I had never invested in anything before and I was quite ignorant in the whole matter.
I put my faith in Bill to do what was right.
About 7 years ago, there was only a bit over $1000 left and I cashed out and put it into our bank account.
Unfortunately, I tossed all the records I had believing that that was it and to just forget about it.
If I had that paperwork today, I would definitely go after Bill Tatro. (December 16, 2014